Mobile Casino » Questions » What Games Do Casinos Make the Most Money On?

What Games Do Casinos Make the Most Money On?

Each online casino has different software and each game generates different amounts of money on each site. Regardless, it’s usually the same kind of a game that makes the most profit for the house.

“Casinos make the most money on their most popular slots that have the highest house edge.”

This definition could be applied to games such as:

But why exactly are slots more lucrative than table games like roulette or blackjack? What about live dealer and high limit tables where people wager hundreds of pounds on each round?

We will answer all these questions in full just below.

Two Cornerstones of Profitability (For Casinos)

There are two main aspects of casino games that determines their profitability for the casino. They are:

Popularity is an obvious factor as is the house edge, which is an important statistic of every online casino game. We’ll explain how these two correlate in creating lucrative gambling software.

Should you play the games that make the most money for casinos, though? To find the detailed answer to this question, you’ll want to read through this article.

For now, we can just say that it depends.

“A game that’s lucrative for the house is a money-grabber for the player.” That’s the first logical assumption you may draw. Yet it isn’t always the case.

The more people play a game, the larger the profit it brings to the casino. However, the player winnings increase just as much because more money is deposited in the first place.

Yet If the game’s profitability stems from the way it pays instead of popularity, it’s a different matter. Such titles aren’t the best choice for the player.

The more people play a specific title, the more it contributes to the operator’s income. While gambling sites aim to advertise all of their games, some still get many more clicks than the others.

“The most popular type of casino games today are slots.”

The other forms of gambling entertainment like table games, live casino, jackpots and poker are popular too. However, they aren’t anywhere near the trend of slots.

This is one reason why most online casinos have 10x more slot titles than other games. This abundance is also amplified by the fact that slots offer much more diversity. 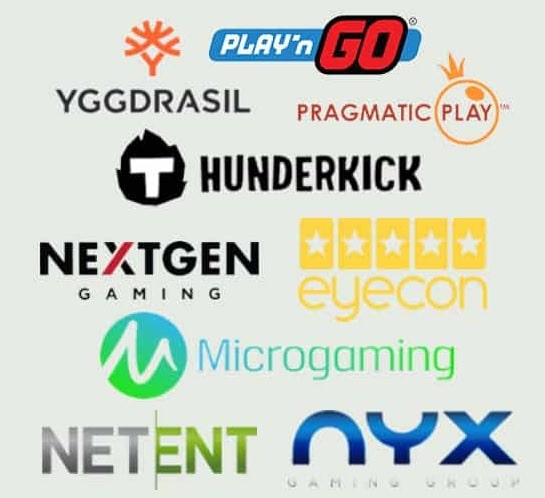 Of all the slots, certain software developers also get more hype than the others. This often results in casino operators focusing their marketing on these brands.

Thus, that production naturally gets a further boost in popularity and makes more money for casinos. Some examples of the most successful game studios are:

At the same time, these companies provide games that players make the most money on too. Popularity is indeed a factor that everyone benefits from.

Part of the same hype is the featured games in most online casinos. New and hot titles from the top software providers usually end up on this list.

Featured games is basically a category of highlighted games on casino sites. They can often be found in the main lobby of the gambling sites. In many cases, they’re actually the first thing you’ll see when you enter the site.

“Featured games indicate which games the casino makes the most money on.”

While it isn’t always the most profitable, featured software is always popular. Placing it in front of all other games boosts their popularity even further. So, it doesn’t make sense to feature software that isn’t lucrative for the house in the first place. 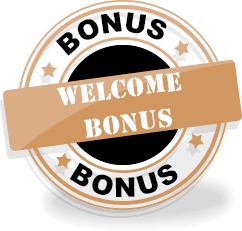 Specific software can be featured in more than one way. Some are simply placed before other titles in the lobby. Others are featured in casino bonuses, which boosts their popularity as well.

Since promotions are often clearly visible at online casinos too, the games with bonuses get increased traffic. It works the same way as the regular strategy mentioned above.

The only difference you should be aware of is that only slots with a decent house edge are given casino bonuses.

House edge is the second aspect determining the game’s potential profit, as you might remember. Thus, the house operators often take potentially profitable software and boost their popularity in this way for maximum yield.

Of course, the casino has to pay extra money as bonuses to the players. However, such titles still end up among the games that make the most money for the house.

Speaking of the house edge, it plays just as an important part in making any game lucrative. Though, obviously, a title has to be popular too for the house edge to make a big difference.

What is House Edge?

It’s a theoretical statistic used to determine how any casino game pays out on average. It is measured in percentage value and is usually below 10%.

For example, the well-known Cleopatra slot without a jackpot has a house edge of 4.3%.

“This means that, in theory, the casino gains £4.30 from every £100 that players wager on Cleopatra.”

So, the larger the house edge, the more money each bet brings to the house. This value isn’t obvious in practice, of course. All casino games, slots especially, have a different hit frequency and payout volatility.

Therefore, this number illustrates an average profit over time. It doesn’t mean that you’re guaranteed to lose £4.30 for every £100 that you bet. That would defeat the purpose of gambling altogether.

Thus, let’s say you’re given two identically popular casino games. The one with a higher house edge will always be more lucrative to the casino. This also means that a lower edge means better odds for the player to win.

You may have heard about RTP rates of casino games, which are expressed in similar percentages. RTP stands for Return To Player and is the direct opposite of house edge.

You may have noticed that Mega Moolah has a much higher house edge than other games. This is because it’s a progressive jackpot slot as these types of software usually have a higher edge.

On the other hand, this doesn’t mean that their RTP is much lower or that they’re less lucrative. After all, these slots can pay several million pounds in a single spin.

RTP is actually a number that’s much easier to find than the house edge. However, since it’s the opposite number, it’s easy to calculate the house edge on your own.

With these statistics, you can get an idea of how lucrative a game is both for you and the casino. Yet, this isn’t the only thing to pay attention to when searching for the most lucrative software.

Which Games Should You Play?

So, there are several things to keep in mind when choosing where to spend your deposit money. Here’s what we’ve learned so far:

On the other hand, games with a very low house edge aren’t always that popular. Yet people still manage to win big on popular games even if they aren’t as lucrative in theory.

So, our ultimate tip is simply to choose games that you enjoy playing. Only then should you take a look at their statistics like RTP rate. Cause even if it doesn’t have the best possible odds, its volatility guarantees the possibility of big wins.

In conclusion, there is no single game that brings the most money to casinos. After all, each site has different software and different player traffic. However, the trend is obvious.

Player-favoured slots with a substantial house edge top the profit charts more often than other games.