Mobile Casino » Questions » Can You Win Real Money On Slotomania?

Can You Win Real Money On Slotomania?

The proof’s in the pudding: when you open the Slotomania site, it’s written right there on their homepage.

However, as you may have come across this in your Google or Apple app store, it may not have been quite as obvious.

Slotomania is a freemium casino app. This is quite different to regular casino apps or online casinos. You can spend money on the game, but you can never cash anything out.

Let’s take a look at how it works. 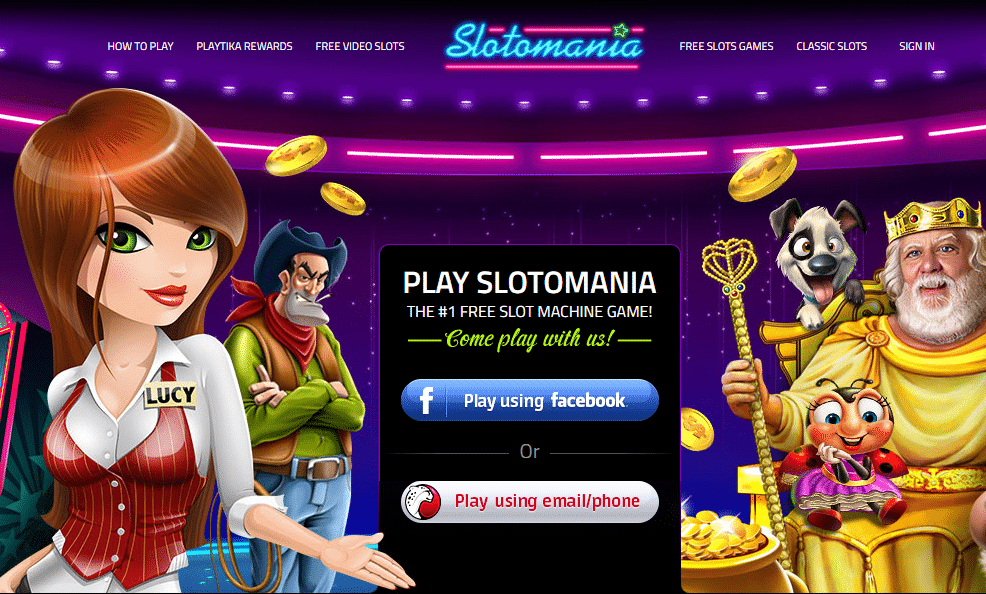 You’ve probably already heard of freemium games. You may have even played them. Candy Crush, for instance, is a freemium game.

The word itself says a lot about how it works. “Freemium” is a contraction of “free” and “premium”.

Here’s a quick rundown of the differences.

If you check out the app store information on the Slotomania app, you’ll find that both Apple and the Google play store extensively warn players of the fact that these are free slots you’re playing:

“This game is intended for an adult audience (21+) for amusement purposes only and does not offer ‘real money’ gambling, or an opportunity to win real money or prizes based on game play.”

In the game description you’ll also find that they refer to “free” games all the time. You may have been misled into believing that they are free games that allow you to get real winnings.

But let us tell you right now – that doesn’t happen, not even at real online casinos.

In-App Purchases Are Not Deposits

You may have noticed that, in order to make in-app purchases on Slotomania, you simply used your phone credit to do so.

The misleading element here is that you can indeed make deposits on real money casino apps with your phone credit, too.

So it’s understandable that you might’ve gotten confused.

But in-app purchases do not count as deposits. You are simply buying more in-game currency to play with.

As Playtika mention in the General FAQ on their support page:

“The sole purpose of Slotomania is to provide all players with the best entertainment a game can offer. All the coins in the game are meant for entertainment and cannot be cashed out. The coins that you win or you purchase are for in-game use only.”

Sadly, this goes for the money you spent but also all the winnings you manage to get.

And frankly, seeing how high the jackpots can go, it’s understandable that players can’t cash out their billions of coins.

How Can I Get My Money Back?

Unfortunately you can’t contact them via their site, so you only have two options:

To contact them via the app, open it and navigate up to the little “Menu” icon in the top right corner. Click on it, and you’ll be taken to a Settings list.

Here, find the “Contact” or “Customer Service” button. You’ll be able to type what your issue is and send it off as a ticket to the support team.

You’ll have better chances to get your money back if you haven’t spent the in-game currency that you bought, and if you explain your misunderstanding.

Slotomania: What to Expect

If you’re looking up Slotomania without having tried it out yet, don’t let this deter you. Freemium games are what they are, but Playtika are known for making very engaging games.

As long as you know what you’re getting into, you can get a lot of enjoyment out of this app.

Slotomania hosts a community of over 14 million players. You can play over 160 different slot games, all of them unique and developed by Slotomania’s software design team.

They treat their players to both classic Vegas slots, and video slots with “next generation graphics” and features, including bonus games, social features, and a myriad of bonuses.

As they take care to repeat in their app descriptions and on their site, ALL of these slot games are free to play.

You may however have to unlock some of them with in-game currency, or by gaining higher player levels with in-game XP points.

So technically, some of those games may require that you buy more currency to reach them. But usually, with a lot of patience, most freemium features are unlockable without paying.

Where Can I Find Real Money Casino Apps?

Because of the Google store policy on gambling, you’re not going to be able to find many apps that let you win real money on there.

Apple has allowed some loopholes in their policy regarding gambling, so you’ll find a few more in the Apple store.

But your best bet is to download the casino apps from the online casinos themselves. For instance, if you want to play real money poker tournaments, you can download apps from Party Poker or Pokerstars.