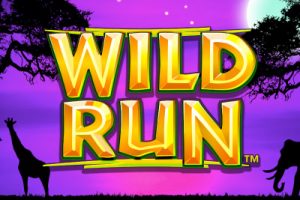 Introducing the new NetGen Gaming mobile slot – Wild Run. This is a slot that will bring you straight to the unfamiliar terrains of the African savannah. Of course, there are magnificent sunset views at the background to facilitate real immersion in the game.

Not only that, but you will be mystified with the many different majestic wild life inhabitants and pick up loads of wins along the way. Expect great graphics and huge cash flowing in. Just like the other NextGen Gaming slots, it may potentially send you straight into a winning streak.

NextGen Gaming has maintained the standard five reel setup in Wild Run, along with 243 paylines. Undoubtedly, there is a fee to enter this savannah. Players may wager a minimum of 25p to a maximum of £750 per spin. 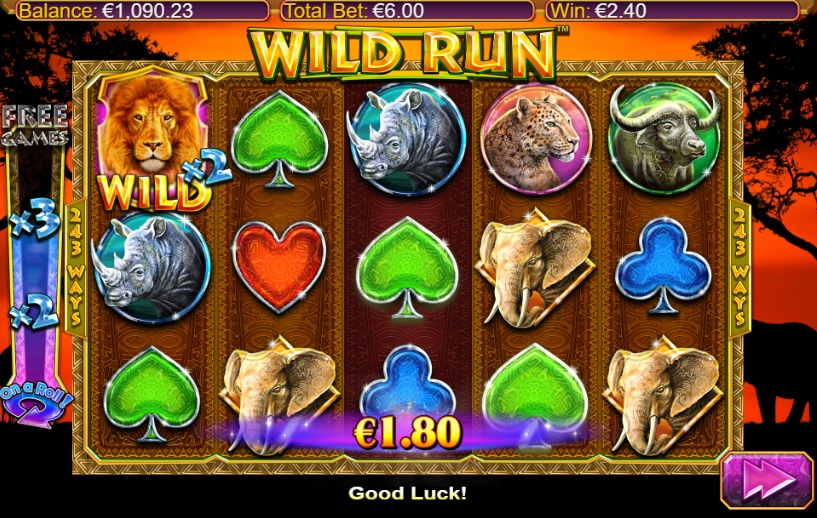 It is also worth noting that this game has a high variance. That is, of course, great news, because of the possibility of extremely enormous wins, although they won't be coming very frequently. We always want that lottery win, don’t we? On a similar note, the Return to Player (RTP) rate is set to be at a reasonable value of 96%. That said, we believe that your bank balance will relatively steady throughout this game. 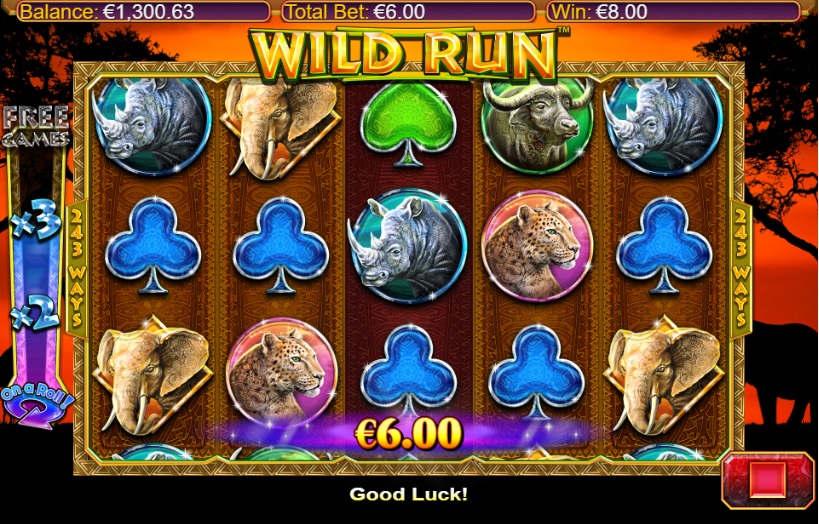 The symbols on the reels are identified through playing cards, which we are all accustomed to. Hearts, diamonds, clubs and spades. There are also recognizable wild life – cheetahs, elephants, buffalos, lions and rhinos as symbols. The game has multiple features such as Wilds, bonus features that will metaphorically bring you On-A-Roll and multiplying Wilds. So, pack your wildlife gears and lace up your safari boots, we are in for a serious run.

The Wild symbols in this game are represented by the King of the Jungle – the Lion. It will exchange itself for every other symbol to complete winning paylines. The key though, is that it is called upon only after the Wild Run-On-A-Roll bonus feature has been activated. 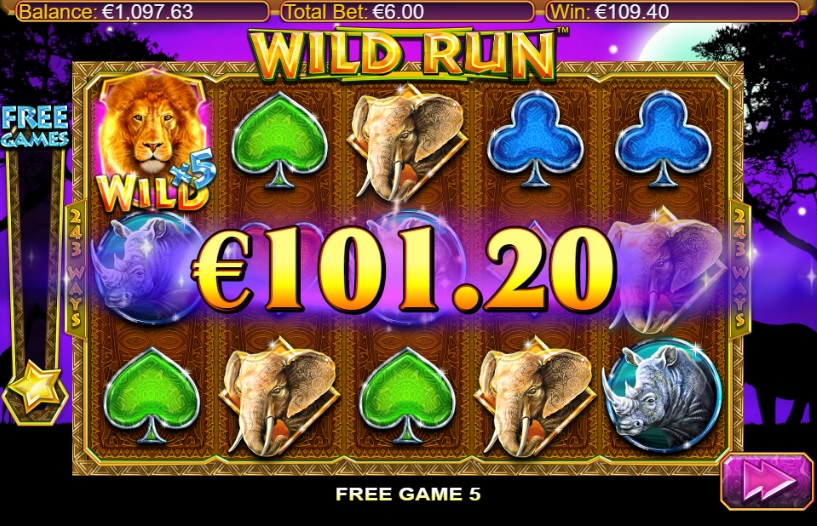 To satisfy your probable curiosity by now, we move on to the On-A-Roll bonus feature. To the left of your reels, there will be a multiplier meter. After you’ve managed to obtain a single win with any random symbol, it will rise to level two.

From then on, you will receive additional wild symbols on the first and fifth reel. Upon obtaining even more wins, you’ll ascend to level three. Here is where you will have wilds on every reel, except on your third, and a 3x multiplier on any win with a Wild present. The catch is that any spin without a win will make you descend a level. Hence, the fun bonanza ends after four non-winning spins. 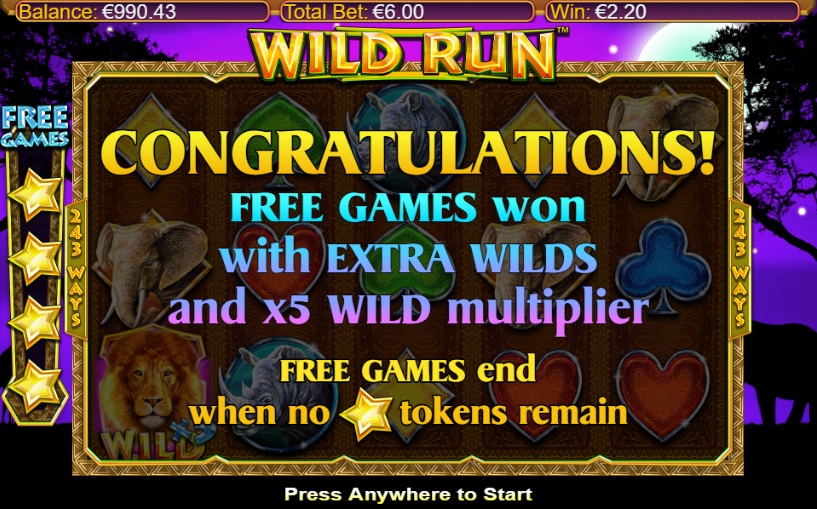 Wild Run has also a Level Four or the Extra Spin bonus feature. Once you obtain four wins in a row, the Wild Run Free Spins will be triggered. Get a Wild on every reel and you’ll add a 5x multiplier to all wins. This bonus runs pretty frequently that you may trigger it every 40 or so spins.

Being a big fan of safaris, I am completely biased towards the graphics in this game. I especially loved how all the visuals and animations really conveyed the essence of a savannah. There were a number of wild life symbols that are almost life-like. That's not to mention that all of these beautifully designed symbols are paired with a heart-melting sunset view and tree silhouettes that reminds you of the great outdoors. 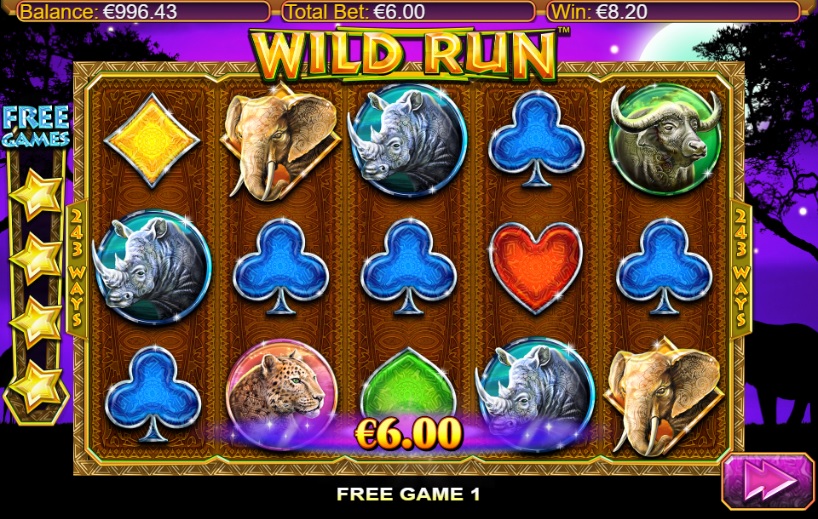 The music that was chosen complemented the game very well. It really made me feel like I was right there, despite just playing it in a boring indoor setting. Having tested this game, I'm pleased to report that Wild Run performs flawlessly and smoothly on all types of devices. You can play it on your tablet, mobile phone or computer if you’d prefer.

As the name suggests, Wild Run includes a whole load of being on-the-go in this savannah setting. This makes it easy to pick the distinctive feature of the game, which must be the On-A-Roll bonus. The status bar on the left of your reels is a beautiful touch to go with this feature as well. This meter will rise a level once you get a win with any symbol. 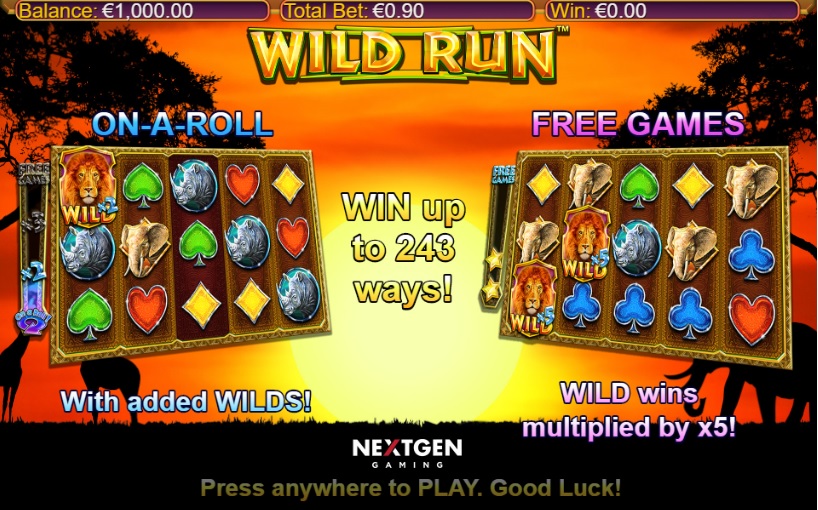 Being in a higher level brings you even more Wilds on your first and fifth reels, on top of more win multipliers. Best part is, this feature doesn’t stop as long as you keep winning. Frankly speaking, the suspense and excitement that this bonus feature generates is what that makes it appealing to the vast majority of players.

NextGen Gaming brought out its big guns with this high volatility slot. The decision to have built this slot around a hot African savannah alongside of these amazing wild life creatures is perfect. They have incorporated every bit of wanderlust that souls, which are in dire need of a break from the regular city life, will seize upon in an instant.

There is quite an abstract feature that's part of Wild Run, which is their On-A-Roll bonus. You’ll be showered with magnanimous wins if you manage to be on a roll with them. Keep striving to go up a level and your multipliers will rise, showering you with cash!