Wheel of Fortune on Tour 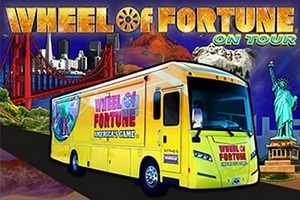 How would you like to go on a road trip where the longer you’re on the road, the more money you’ll win? Well, join us on IGT’s new slot, the Wheel of Fortune on Tour.

We’ll take you around the great land of USA on a big bus. As we stop at each iconic landmark, we’ll unlock cash prizes, multipliers and lots of extra features! Of course, we’ll spin that famous Wheel of Fortune too! It’s a road trip like no other. 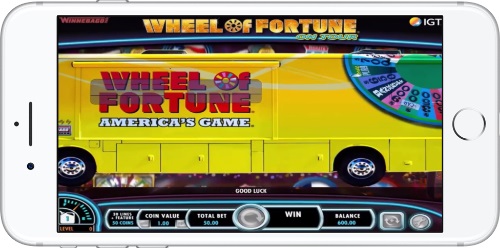 Before we get into the tour details, let’s get you briefed on the basics. The game has five reels and 30 paylines. You can play from 50p to £500 per spin.

The reels are loaded up with eight different symbols. The higher-value symbols are those depicting famous US landmarks: New York’s Statue of Liberty, LA’s Hollywood Boulevard, the White House, Mount Rushmore and the Route 66 signboard. 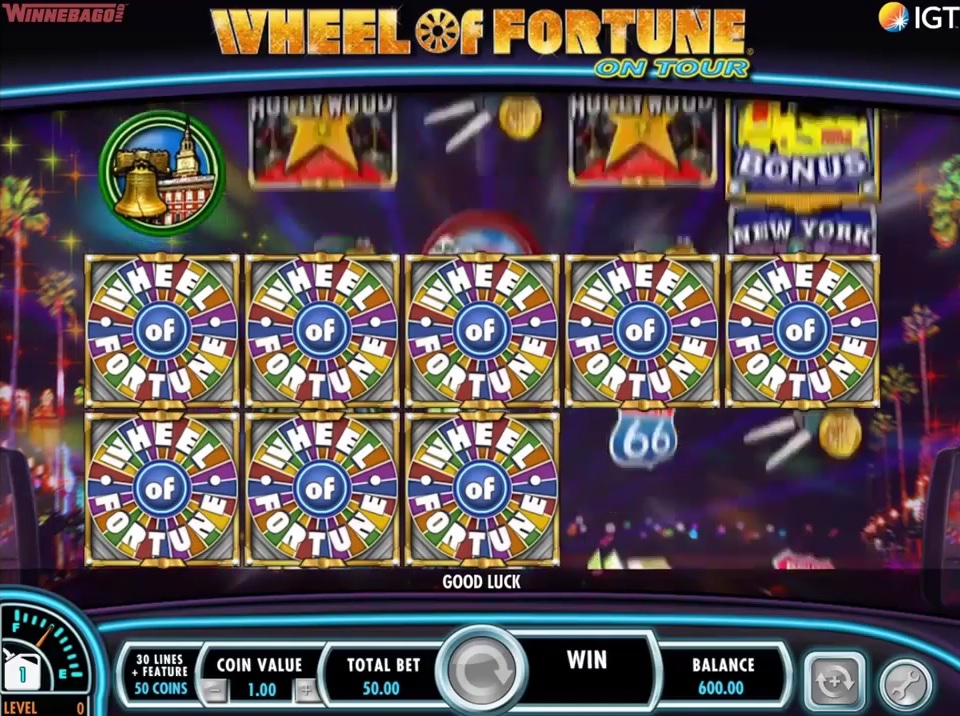 The game RTP percentage ranges from 92.5% to 96.6%, depending on what level you’re on. It’s a medium volatility slot, so you’ll find a good balance between frequency and size of hits.

Wheel of Fortune on Tour features IGT’s famous Level Up Plus feature. Here is how it works: you’ll first need to collect bonus symbols (the Winnebago Tour Bus symbol) to fill up your petrol tank (located in the bottom left corner of your screen). It takes 10 bonus symbols to fill up the entire tank. Each full tank takes you one mile on the giant 150-mile road trip. If that sounds like a chore, you can try and get three bonus symbols on reels 1, 3 and 5 simultaneously, which fills your entire tank immediately.

After you hit a certain mileage, you’ll unlock a level and its corresponding bonus feature. You’ll also get a turn at the Wheel of Fortune bonus game! It’s a really goodie – there are cash prizes from 300x to 10,000 your multiplier all around the wheel. Finally, the game payout percentage also improves with each level. 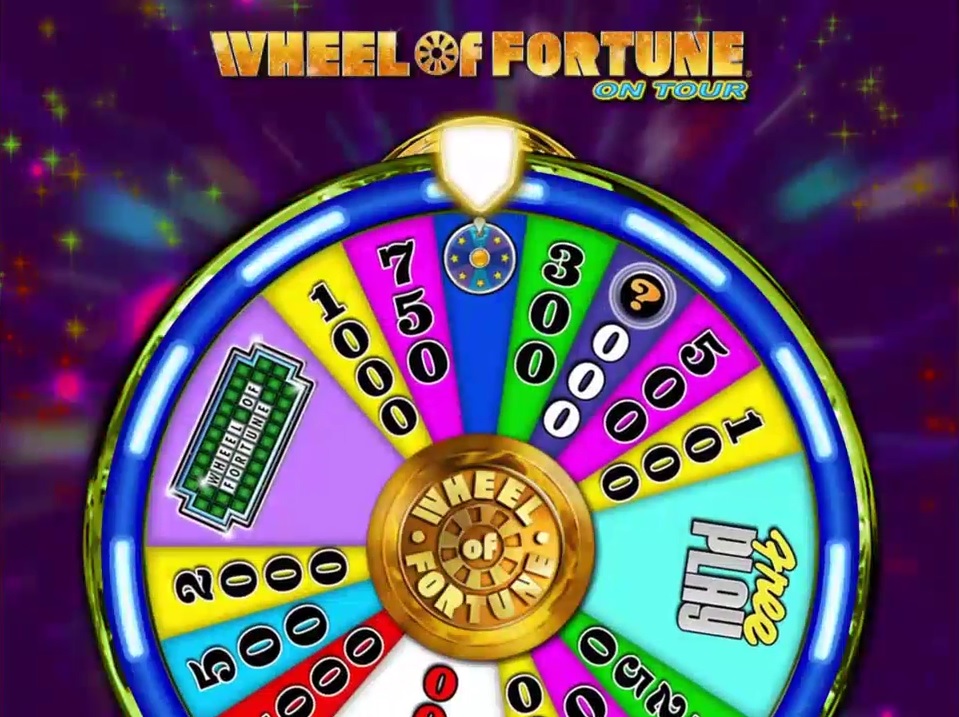 Here are the different prizes that you stand to unlock at each level: 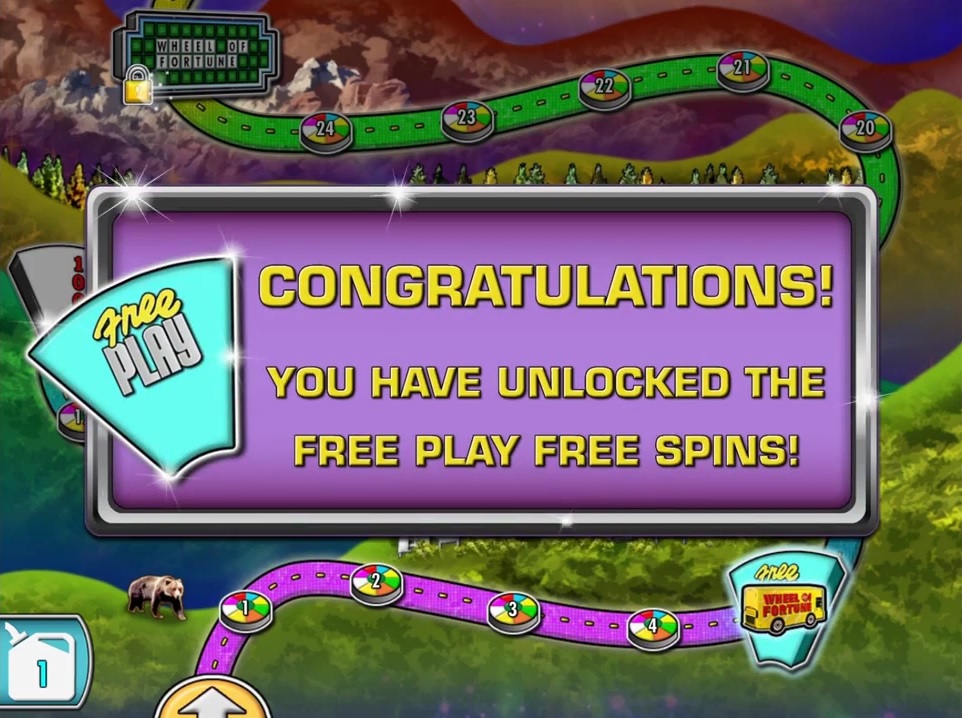 The game saves your progress so that you can pick up from where you left off each time. It’s like playing a slightly different slot game every time.

The bus is in tip-top shape. This slot runs smoothly without a hiccup, despite the multitude of bonus features squished into it. The game console is actually the dashboard of the tour bus itself! There’s a rock soundtrack too playing in the bus too, so that it feels like an actual road trip. 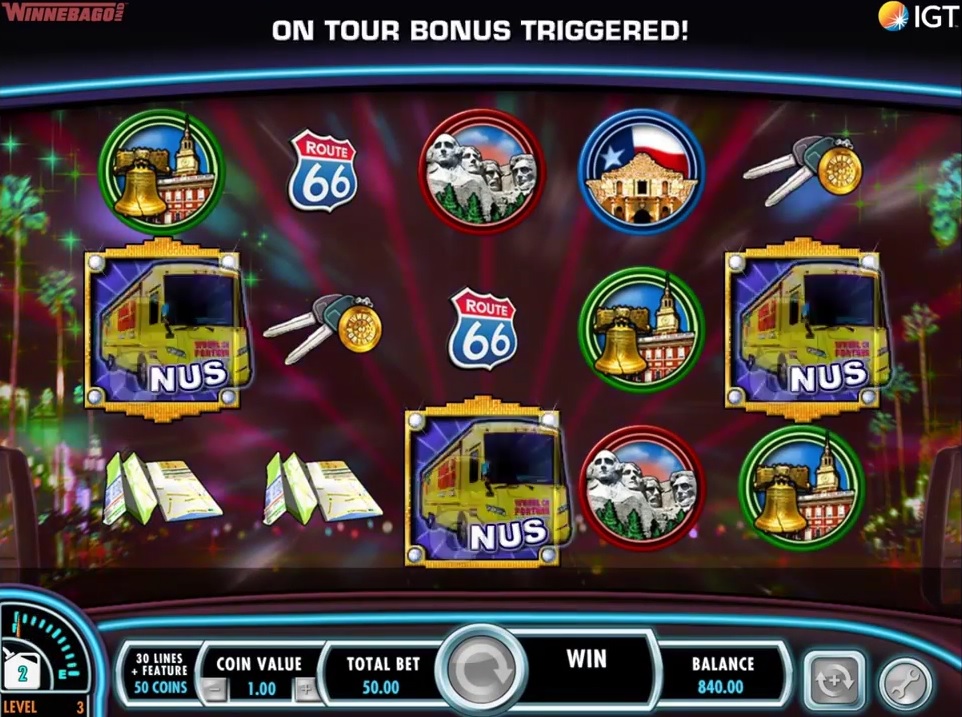 The game is actually modelled after an American game show after the same name, Wheel of Fortune. IGT created a brilliant series of slot games after this TV show. The other two titles are Wheel of Fortune Triple Extreme Spin and Wheel of Fortune Ultra 5 Spins. In my opinion, this latest “On Tour” version is the most exciting. It’s designed such that players have to return multiple times, which is a real feat when there are so many other slots vying for players’ attention. 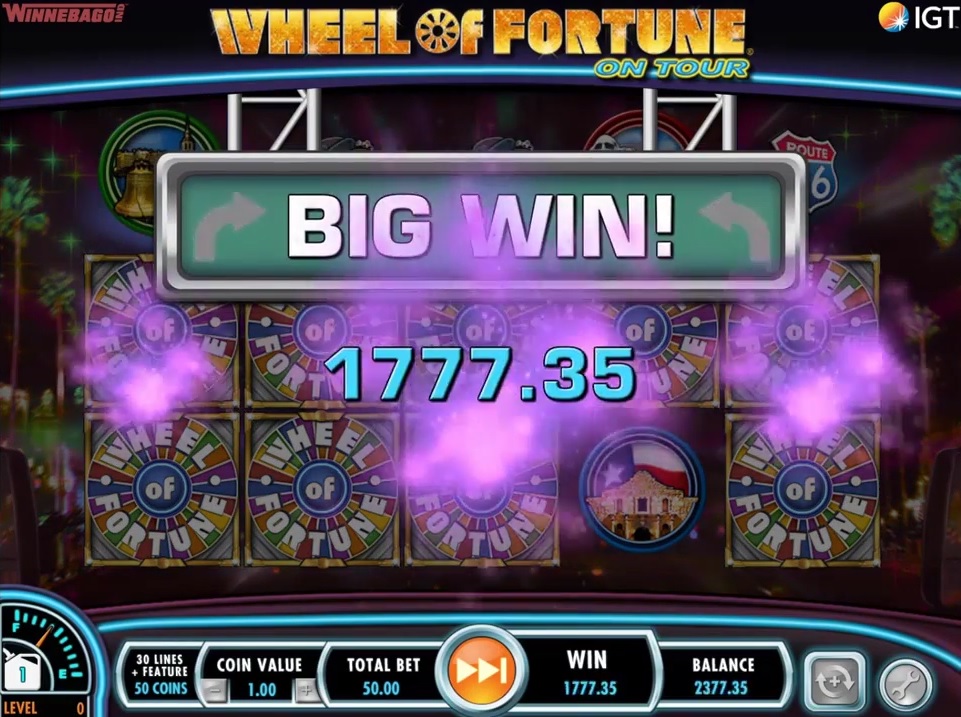 After playing for well over an hour, I only managed to hit Level 3. But that’s the thing, isn’t it? We always think of road trips as romantic getaways but in reality, they’re really long affairs.

So, don’t come into the game hoping to hit all of the features in a single sitting. However, you can expect really great prizes in exchange for your commitment. I experienced such excitement every time I unlocked a new level and my casino balance relished these moments too. You’ve really got to try this game for yourself!