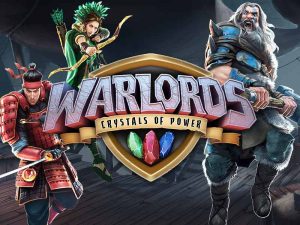 Random wilds, free spins bonuses, multipliers, scatter battles – if any of those features gets you excited playing mobile slots, then Warlords Crystals of Power will get you jumping in your seat.

This mobile slot is far more epic than what you’ve seen before, with beautiful graphics, a remarkable soundtrack and plenty of action.

Once you start, you will be hooked to see who will be the victor of it all; it is either you or one of the three ferocious warriors battling it out for the powerful rich red, green or blue crystals.

First things first, Warlords Crystals of Power features a standard 3×5 reel layout with 30 paylines and allows you to bet between 15p and £150 per line. That said, this game will be friendly to almost all players with different gaming budgets, as it is a low-medium volatility game.

This means that, compared to many other similar slots, payout frequency in this slot is somewhat decent and with the help of a few bonus feature triggers, maintaining your bank balance shouldn’t be a big issue.

Warlords Crystals of Power also has a very handsome return to player (RTP) rate of 96.89%. This puts it well above average and means that the house edge is only 3.11%.

What else makes Warlords Crystals of Power special? Well, it comes complete with 3 types of bonus features too, so keep reading so that you get your money’s worth when playing.

In Warlords Crystals of Power, players can benefit from wild symbols, which are represented by the golden crystal symbol. These will substitute for all other symbols (except for the scatters) to create winning combinations.

In addition, with all spins in the game, there is a chance of activating the Random Overlay Wilds feature. This means that there are three different ways to add extra wilds to the reels:

As if that wasn't enough bonus features already, Warlords Crystals of Power also comes with a ‘scatter battle' feature. This means that if you find two differently coloured scatter symbols on the reels, two warriors must then battle it out.

The winning warrior will get the other scatter changed to theirs and force a free re-spin with all the current scatter symbols firmly held in their respective positions.

If you succeed in scoring additional scatters of the same colour, this will then activate the free spins feature of that particular warrior. If you don’t manage this, however, it’s still all good, as a rock will appear anywhere on your reels to reveal either cash prizes or more bonus spins.

Warlords Crystals of Power is a beautifully designed game – who would expect anything less from NetEnt? The game's subtle animations and the great soundtrack make for a truly compelling and exciting slot experience.

Moreover, the slot performs perfectly across all devices. Designed using HTML5, players can expect a flawless experience, no matter whether they are playing on mobile, tablet or desktop. 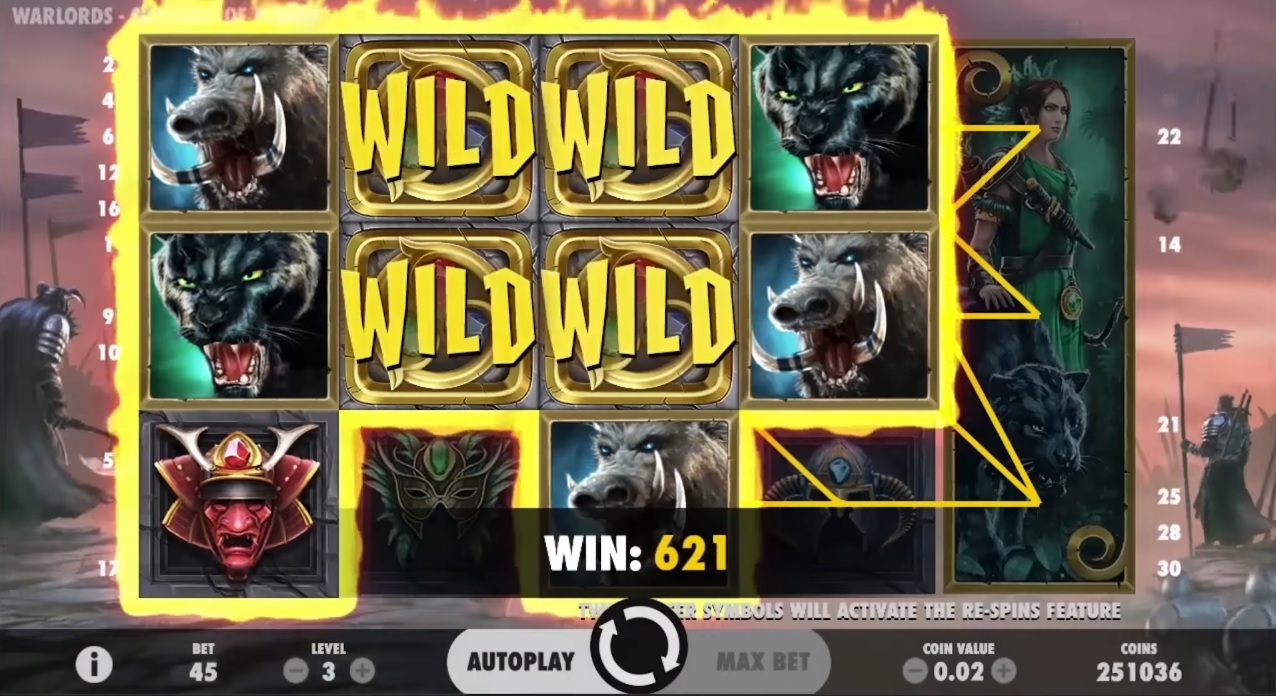 What's Great About The Warlords Crystals of Power Slot?

As captivating as the theme or graphics may be, the best part about this slot has to be the free spins round.

There are three different types of free spins that can be awarded but it depends on which colour scatters triggered the extra spins. If you find three scatters of the same colour, you get one of the following bonuses:

These extra features not only add excitement to the game but definitely make it more lucrative too. This is why the game really stands out from the crowd and why we'd fully recommend giving it a go.

For us, Warlords Crystals of Power is definitely worth your time as it has so many interesting and profitable bonus features.

We think that out of everything there is to explore. However, the best feature is probably the Priestess extra spins bonus feature. This offers some huge wins as, if you get the high paying 3 symbols to appear, there’s a chance of getting up to 8x multipliers and wins of over 120x of your total bet.

They might not come often, but when they do you find yourself in the heart of the battle. With rushing adrenaline and pounding heart, like we have said, you will be jumping in your seat as you wait to see what the outcome will be.