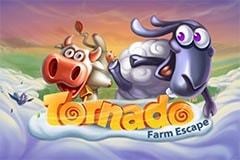 Tornado Farm Escape is a slot with an attractive design and a standard reel structure of three reels and five rows.

Tornado Farm Escape is youthful, cheerful and endearing, featuring some cute animal characters. The country style music soundtrack only adds to the spectacle.

The symbols which hit the reels include a number of animals, namely a cow, a chicken, a sheep, a pig and a horse. A couch, a chair, a boot, and a suitcase complete the standard symbols.

The wild of Tornado Farm Escape is a TV symbol, which substitutes for all symbols to form winning combinations except for the hot and cold clouds.

This game is all about the bonus features.

The feature begins with a tornado hitting the reels. The symbol which appears on the second row of the middle reel becomes active. 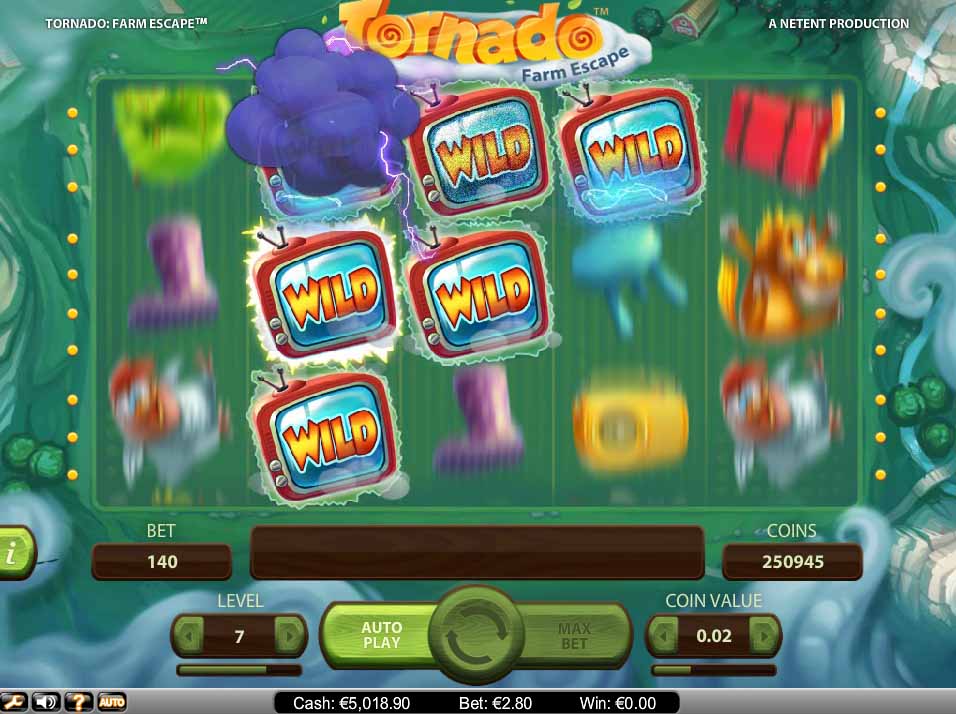 The tornado collects all the active and wild symbols before they are added together, and a cash prize is rewarded. This feature will carry on until no active or wild symbols remain.

The Storm feature is the other bonus, and this can be triggered at any time. The storm begins in one of the outmost positions on the reels. It then moves one position at a time in any direction, generating wild symbols at will, before moving on and away from the reels.

Tornado Farm Escape is a slot which is hard not to like, and it is a great option to have a relaxing spin or two on. However, it does feel a bit lacking and with no free spins on offer, it is not the first slot on our list.