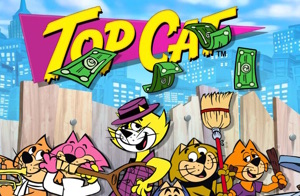 Top Cat mobile slot by Blueprint Gaming is an action-packed slot and one that definitely lives up to its name. It was designed and developed after the famous Top Cat cartoon that featured a team of street cats, which were always trying to outsmart Officer Dibble.

Every character from the cartoon has been brought back to this slot, and with the help of technology, the graphics in this game are miles better than what you would have watched on TV four decades ago.

It’s not just the graphics that have been massively improved, but even the payouts in this game are one of the highest we have seen coming from Blueprint Gaming.

And here comes the cherry on top of the cake: Top Cat features a progressive jackpot and at time of writing, the jackpot stands at a staggering amount of £132,000! Isn’t the jackpot alone a good enough reason for you to start playing?

All the action happens on a 5×3 reel that comes with 20 paylines. All the characters from the cartoon, namely Benny, Choo, Brains, Spook and Officer Dibble come as symbols, and these guys pay significantly more than the normal symbols.

The symbol that you really want to look out for is the highest paying Top Cat symbol. Get five of these symbols in a winning combination and you may potentially win up to £400.

It just gets better from there – the Top Cat symbol may come stacked and if you are lucky, it will cover entire reels to give you colossal wins. Wild symbols come in the form of the fish bones symbol and it will replace all other symbols except the bonus symbols to complete winning paylines for you. 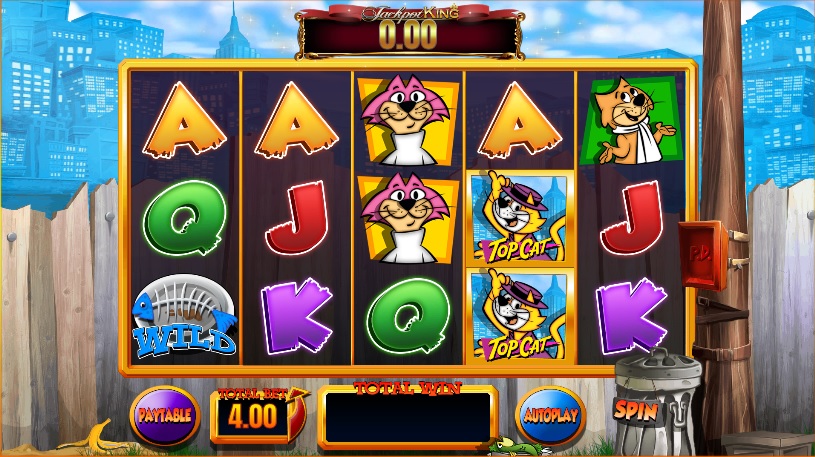 You may join the action from a mere 20p per spin and if you are feeling like any of the Top Cats who live for the adrenaline rushes, you may up your wager all the way to £500. The game itself is of medium variance and carries an RTP of 95.49%, so don’t hope too much for frequent wins or massive payouts.

When it does pay in the base game, you can expect winnings in the range of 4x to 10x your spin wager, so Top Cat isn’t really that hard on your bank balance either. Trigger the bonus features once in a while and you will be able to afford to take bigger risks and play for the big wins in this slot.

The main attraction features that come with the Top Cat slot are triggered by getting at least three bonus symbols on your first, third and fifth reels. Having done that, you presented with a board of plans of which you will have to choose one from. This results in you being rewarded any one of the following features. 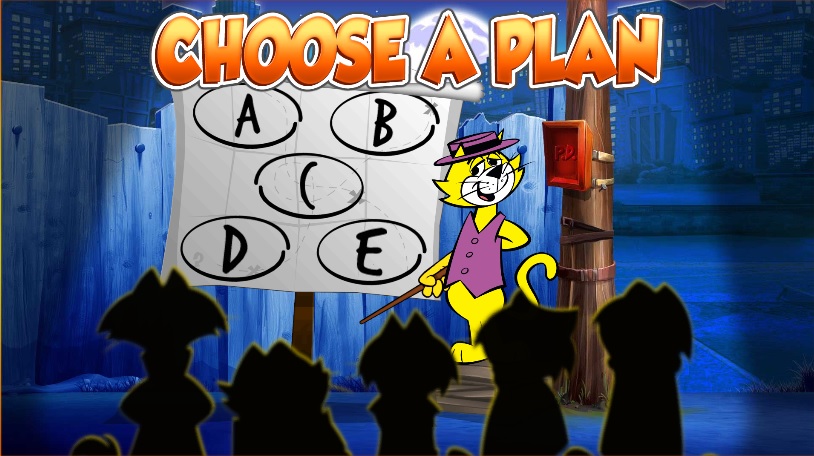 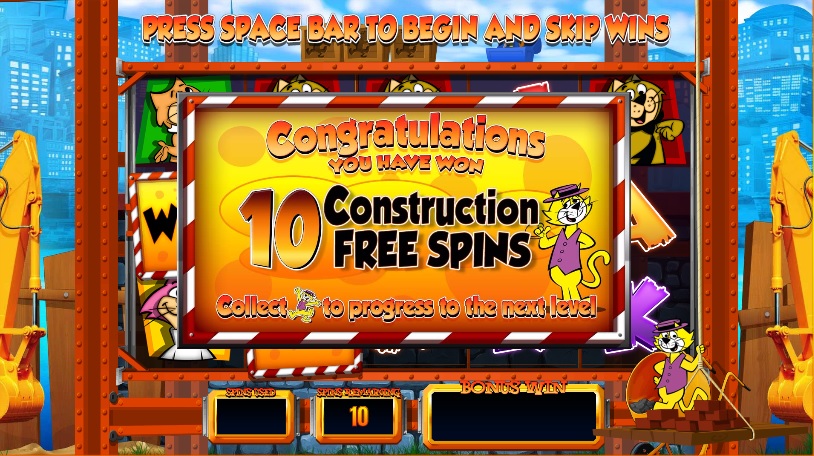 Playing this game reminds me of the good old times when we used to watch quality cartoons like Top Cat. For some reason, the cartoons these days just don’t feel the same anymore. What Blueprint Gaming has done is they have taken a classic cartoon and built a slot on top of it. With the help of technology, they have successfully taken a 40-year-old cartoon and modernized it.

The graphics are now absolutely stunning and the animations just elevate the gaming experience to a whole new level. Gameplay is smooth throughout with quick loading times even on mobile devices. What else can you ask for? 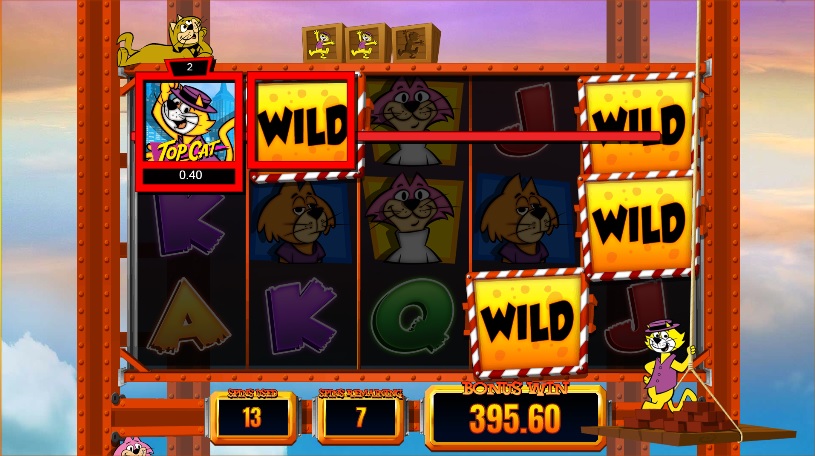 The part that really makes me happy about this game is that there are four bonuses in the base game of Top Cat slot that will help boost your bank balance. These bonuses do not require any symbols to be triggered as they are randomly rewarded to you at any time during gameplay. Here is a short list of what they are and what they offer. 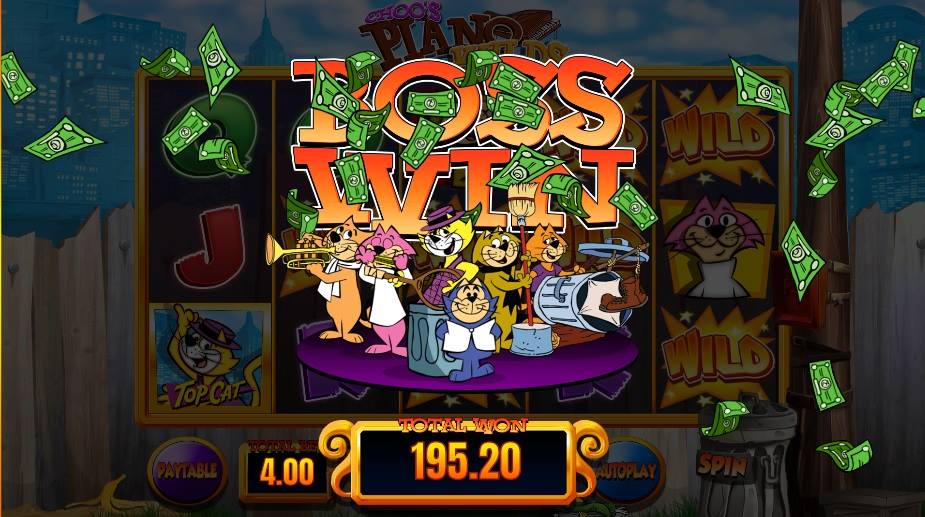 Without a doubt, slot games are getting better and better at a pace faster than ever before. Every developer nowadays offers stunning games that packs solid gameplay and loads of innovative features and Top Cat is no exception.

Having said that, it is important for games to have a standout feature that makes it the one that you would play over anything else. Luckily for Top Cat, nobody will ever be able to ignore the £132,000 jackpot that is up for grabs. It pretty much seals the deal for me!