The Japanese are well-known for always thinking out of the box and have shared with the world many novel inventions (the selfie stick, a U-shaped hugging pillow, a solar-powered cigarette lighter, among many others). Now, there’s a slot called Tokidoki Lucky Town that has completely turned the slots world on its head. Inspired by a lifestyle brand by the same name, Tokidoki, this game packs a punch.

There is a unique Reel Reveal feature that I haven’t seen anywhere else in the slots market and boy, it’s a goodie. This Reel Reveal feature packs in five different bonuses, instant cash, extra wilds and multipliers. Well, what are you waiting for? Jump straight into our review to learn all about this crazy and wonderful world of Tokidoki. 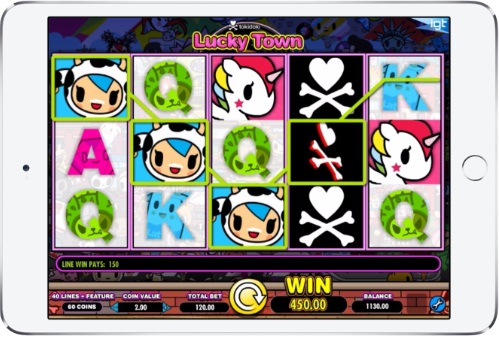 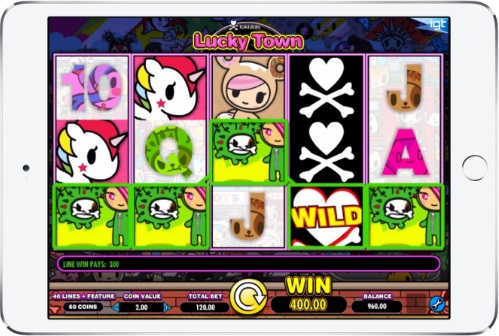 Tokidoki Lucky town has five reels, 40 paylines and is targeted at players with slightly deeper wallets, as wagers start at 60p per spin. You can hike up the wagers all the way up to £60 per spin! The RTP percentage ranges from 95.5% to 96.2% and the game has a low variance. The frequency and size of payouts makes the game well-suited for leisurely gaming sessions rather than treasure hunts. 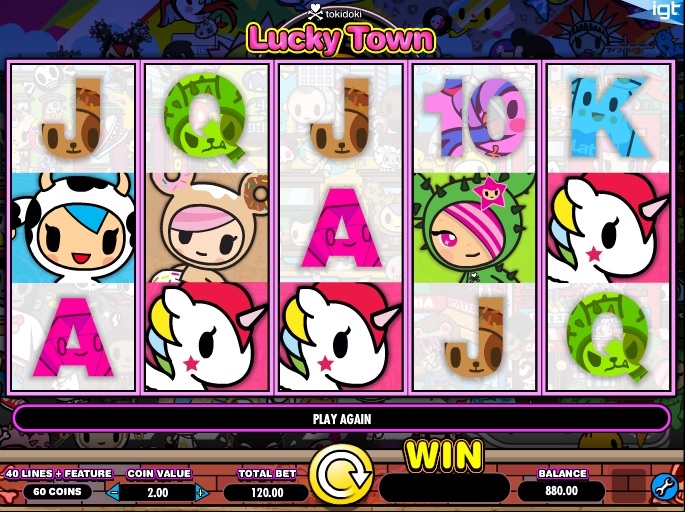 There are eight symbols in the game, each of them is either an original Tokidoki character that was specially selected to join the Lucky Town crew or a styled alphabet (J, Q, K, A). The Wild symbol (marked by a heart overlaid by a crossbone) plays the usual role – it replaces all other symbols on the board to complete winning paylines. On top of that, the Wild symbol also applies a 2x multiplier onto the win whenever it is used in a winning combination.

It’s in the features that the game really comes into its own. The Reel Reveal feature starts when you get an arrow anywhere on the reels. The reels shift to the left and re-spin once more. Watch closely for the reel on the far right – it’ll contain any one of the five special symbols. 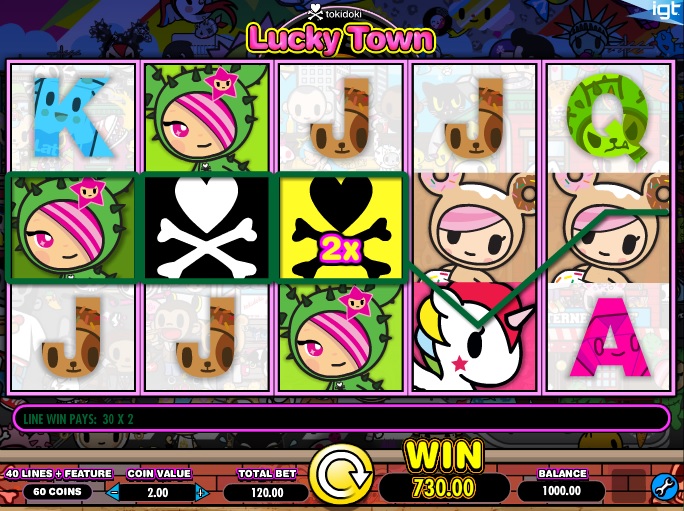 I can’t recognize the different Tokidoki characters easily, but that’s not necessary because prizes are equally desirable. This feature happens relatively often too, but the prizes are more like little add-ons that a full-fledged win. I’ve picked up roughly 5x to 10x my bet each time.

If the arrow symbol lands again, the reels will shift once more and you’ll have two reels that can produce special symbols. The Reel Reveal bonus feature can be re-triggered up to five times, at which point all five reels will contain bonus features. There aren’t any free spins to be found in Toki Doki Lucky Town though.

The original Tokidoki brand is completely colourful, frivolous and loud. The Tokidoki Lucky Town slot has replicated this style wonderfully. I guess it isn’t too much of a tall order. All the game designers needed to do was use all of the colours and Tokidoki characters, cram as much as possible onto the screens of players and make sure there isn’t a single inch of space left blank.

Of course, such a brand must be accompanied with equally popping music and animation. Indeed, that is the case in the Tokidoki Lucky Town slot. Each character has its own little dance within its own square of space on the reels. If you’re lucky enough to score a big win, you’ll find your screen completely overrun by little Tokidoki characters. 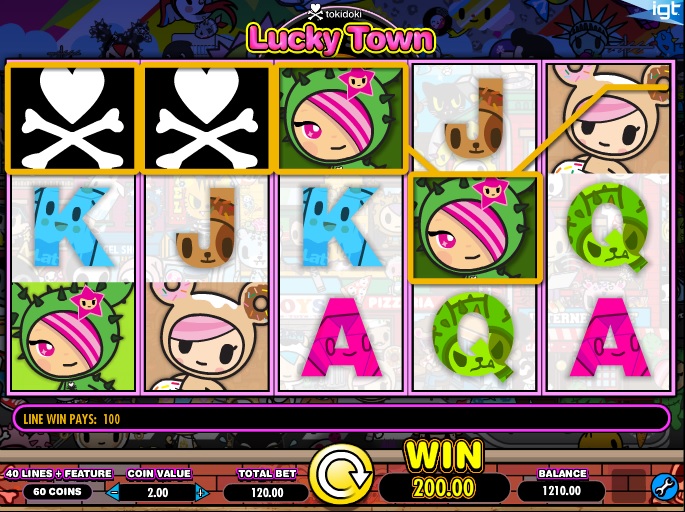 While Tokidoki is inspired by the Japanese manga culture, the brand is actually created by Italian artist Simone Legno. IGT then signed an exclusive license with Tokidoki in 2014 with the initial intent to capture the hearts of players at Singapore and Macau’s casinos. However, the game has since launched all across the world. Players at this end of the world may be less familiar with the brand, but the game’s value proposition is no less compelling. 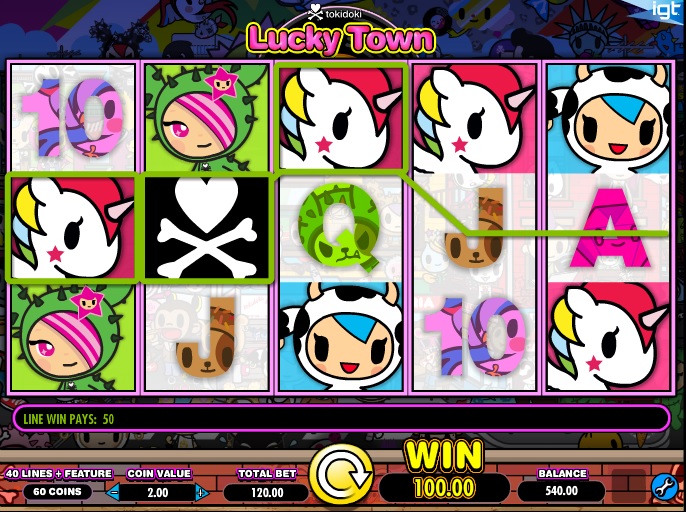 I thoroughly enjoyed all the little bonuses in Tokidoki Lucky Town. It was fun to try and unlock all of the different bonuses and try and figure out which delivered the best cash rewards. Since the game is an produced by a large company – IGT, you can also rely on them for creating a fair and profitable game. If you’ve discovered a liking for this style of slots, be sure to check out Super Graphic Upside Down too – that game literally turns the reels upside down.