There are many games about Norsemen but Magnet Gaming’s The Vikings slot is the most Viking-like. True, it’s stereotypical and full of jokes, but that just makes it funnier to play.

It has loads of mini-games within the main game and even two progressive jackpots to top it off. As you play it, you’ll get to:

In short, The Vikings slot is great in every aspect. No small detail escaped the attention of its developers, which has resulted in an amazing game.

You will find eight basic symbols on the screen, including swords, shields, helmets, ale mugs, sheep and similar related items.

The game has an auto-spin function, and several gameplay modes, including day-time and night-time. The latter offers expanding wilds, though they’re far from the most exciting bonus features here. 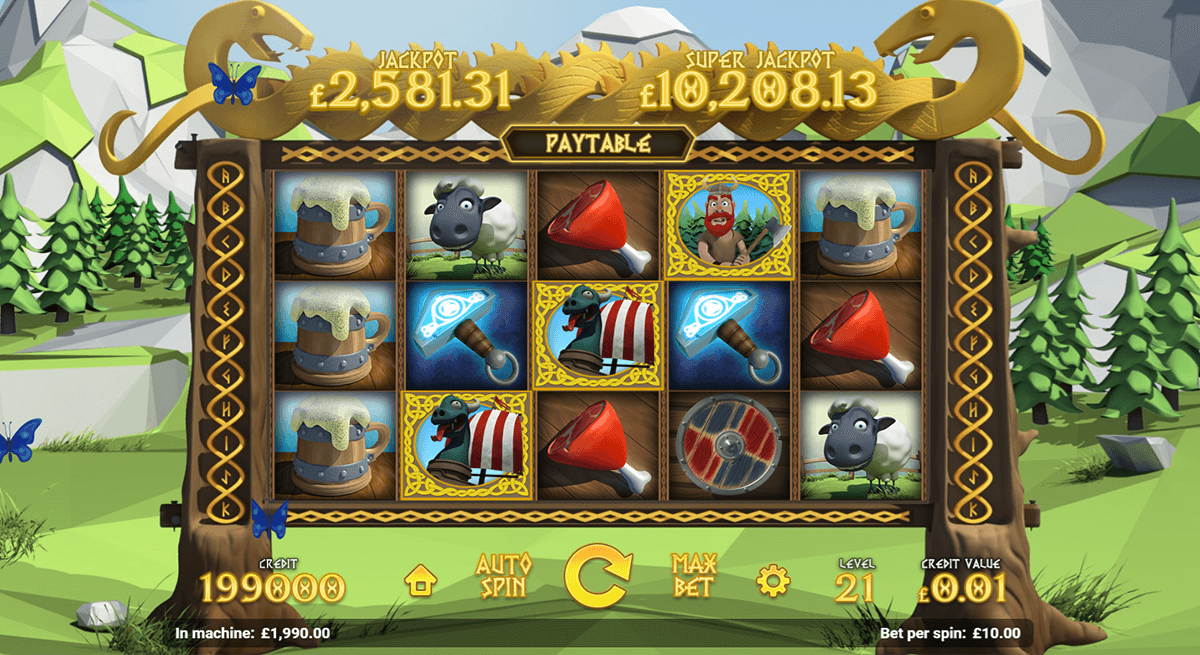 Progressive jackpots aside, you may win up to 8,000x per spin in this game. There are also three bonus rounds which can massively boost your budget. The bonuses are called:

The first two are mini-games which award all sorts of cash prizes and a possibility to win the jackpots. The Gold Plunder is a click-me game. There, you get to pick cash prizes until you hit a red cross which ends the feature.

If you get a jackpot chance, the game will either reward you with the jackpot or a smaller cash prize. The latter is, of course, the usual outcome. While triggering this chance isn’t hard, winning the jackpot is much trickier.

TL;DR – The Vikings slot by Magnet Gaming is both beautiful and fun to play. It’s also a jackpot slot that is affordable even to players with a low budget.