South Park has been long considered one of the funniest adult cartoons of all time. With its on-the-nose pop culture references, it's vulgar characters and it's surreal humour, it's easy to see why South Park has acquired such a legion of fans.

If you are a fan of the cartoon and video slots, you're in luck. The South Park slot by NetEnt has been developed using the cartoon's original characters and it's well worth a spin. With plenty of exciting bonus features and chances to win up to 5,000x your stake, this is an entertaining game which pays homage to the original series. 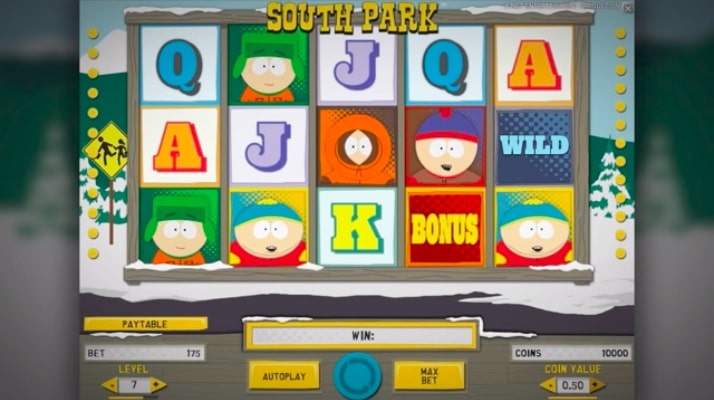 As you may expect, the South Park slot is, of course, based on the cartoon series. NetEnt is well-known for producing accomplished branded titles and this game is no different. It uses both characters and storylines from the series to create a well-rounded and exciting game.

In the slot, the reels hang against the snowy town of South Park and symbols include the traditional Jack to Ace playing card values and the four main characters of the show; Kenny, Cartman, Kyle and Stan.

Cartman is the game's highest paying standard symbol, and he will reward you with 750x your wager for a five of a kind combination. The game also includes wild symbols, which are simply represented by a blue symbol with the word ‘Wild' written on it. These symbols substitute for all others to create a winning combination. 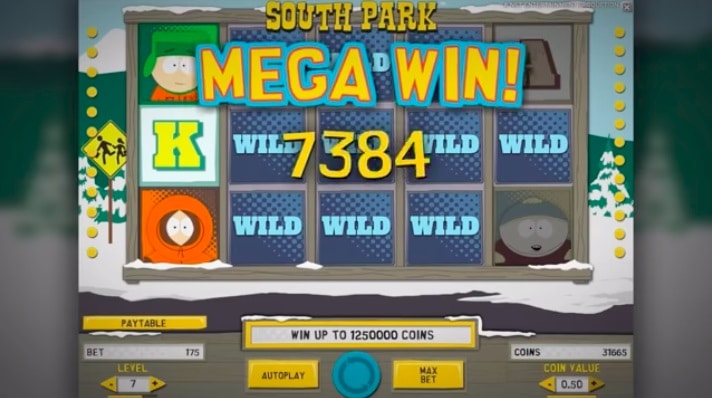 In this slot, each South Park character has their very own bonus feature. These are triggered when players collect 2 bonus symbols on reels 3 and 4, and a character symbol on reel 5.