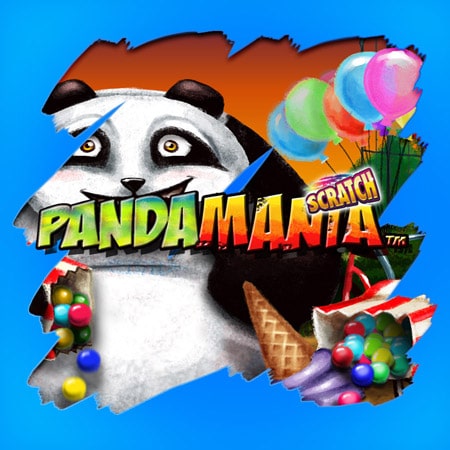 Pandamania Scratch is a simple video scratch card released by NextGen Gaming. Like many similar games from this developer, it’s inspired by the slot of the same name.

By “inspired,” we mean that it’s literally converted into a different kind of game. However, all the artwork, symbols, background and characters (the escaped panda) are the same.

The question is… which game is more fun and lucrative to play? To each their own, so we’ll provide all you need to know about Pandamania Scratch to make your own decision.

The main details of the game are as follows:

To win in it, you need to reveal nine hidden symbols and look for three matching ones. If there are no such matches, you lose. If there’s at least one – you win that symbol’s value.

Note that there are no paylines like in slots, so the arrangement doesn’t matter. As long as there are three identical symbols on the screen, you win.

Plus, revealing two sets of three, whether they’re the same or not, will result in two prizes. Similarly, if you’re lucky enough to get three such sets, you’ll win three prizes.

Here are the symbols and their values (payouts) in this online scratch card:

The last symbol is actually a bonus round with a separate scratch card that only includes doughnuts and locked cells. Depending on the number of doughnuts revealed, you’ll get an additional prize (from 1x to 50,000x).

TL;DR – Pandamania scratch may have a low RTP but its maximum win of £250,000 is surely appealing.