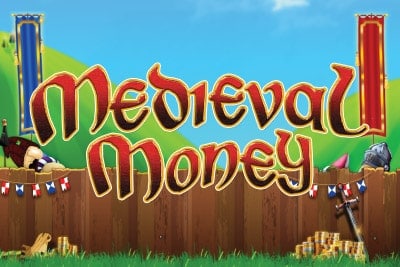 Medieval Money is a straightforward game, as the title suggests. Released by IGT in 2016, it uses all sorts of medieval elements for players who fancy the feudal society and silly-looking dances.

If you think you were born too late like the rest of this game’s fans, Medieval Money might just be your favourite slot. It has very simple gameplay yet includes four different bonuses. Spoiler alert, they’re all quite fascinating, too.

Kings used to be quite rich, you know, and you’re about to lighten their load.

The slot machine plays traditional medieval dance music and shows a castle in the background.

The main game’s symbols on the reels include shields, knights, kings, jester hats and princesses. Even symbols like A, K, Q and J are clad in the famous plate armour. 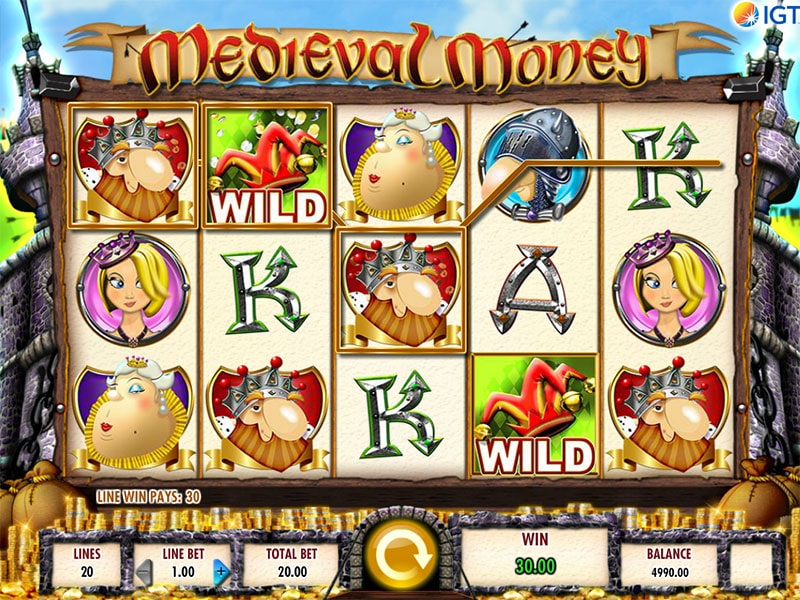 Catering to the masses, IGT didn’t just make a medieval-themed game. They made a funny medieval game with characters that look like caricatures. So, if you were expecting a grim atmosphere, you better play Forsaken Kingdom instead.

Despite a very simple layout and the standard gameplay mechanism, Medieval Money will surprise with its numerous features. There no less than four free rounds, each with a different theme and prizes. They are:

All the bonuses are triggered in the same way. You need to collect three scatters (archery targets). Then, you’ll have to choose one of eight targets in the range, revealing one of the four games above.

The maximum prizes aren’t mind-blowing, but hey, it wasn’t easy to get rich in the 14th century. At least this IGT release makes you a laugh, even if the reels don’t behave like you want them to.