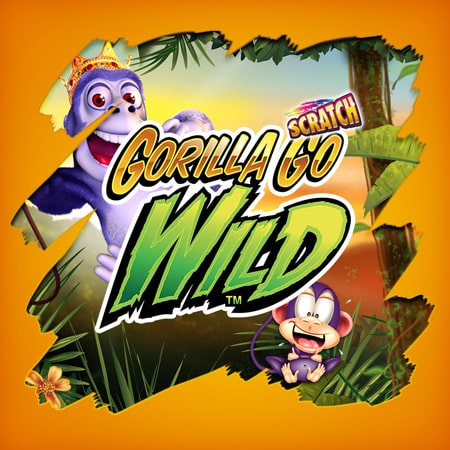 The digital scratch card game of Gorilla Go Wild came out to online casinos in 2015. It was released around the same time as the slot that goes by the same name.

Naturally, the two games look very similar too. The only difference is the game mechanism while the animations, characters and symbols are the same.

Being a scratch card, this title offers much faster gameplay than its slot counterpart. However, it lacks bonus features and is much more simple in design and gameplay.

Here’s what you need to know about this NextGen release:

The game is no miracle in regards to its graphics. Though, it’s certainly a lucrative one, offering up to 1,000x winnings to the players.

That’s exactly what NextGen has always been focusing on. Therefore, Gorilla Go Wild should appeal to the fans of this game studio. 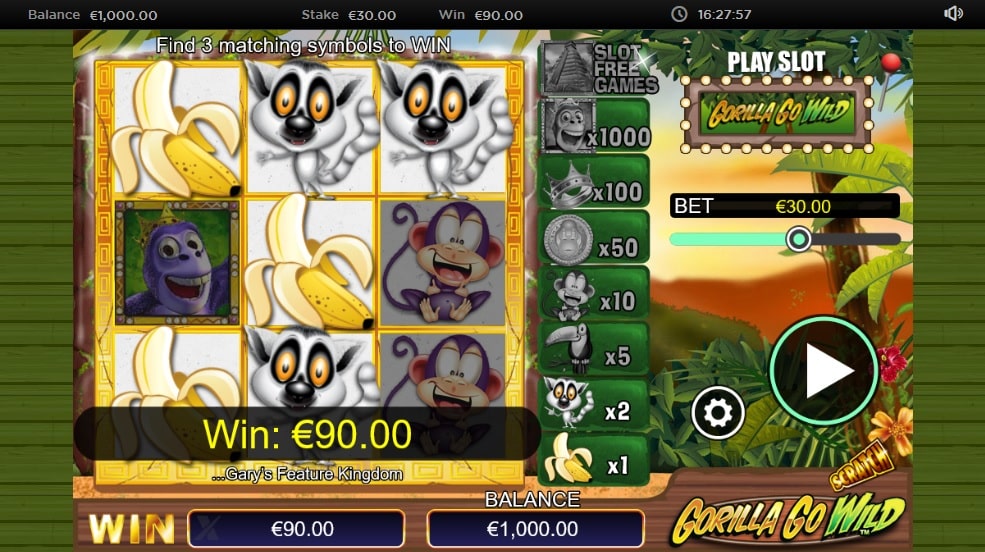 There are seven symbols in the game, rewarding the player between 1x and 1,000x their bet. To win, you have to uncover three symbols of a kind. It doesn’t matter which position they’re located in – there are no paylines there.

As long as any three-of-a-kind match is there, you win. Since there are nine fields in total, you may theoretically be able to earn up to three prizes per round.

The payouts are as follows:

In other words, the maximum win in the game is £1,500,000. Just so you know, that’s way more than most slots can offer, including the Gorilla Go Wild slot.

So, try your luck at this classic NextGen virtual scratch card for big wins in a matter of seconds.