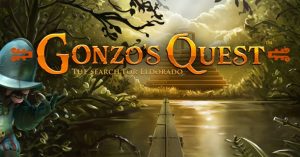 Here’s a legend that every slot player on Earth would love to get a piece of. Once upon a time, deep in the South American forests, there was a place that holds immense wealth known as Eldorado.

Legend has it that the city was so rich that its conquerors could sprinkle gold dust on himself in the morning and wash himself off each evening. Well, conquistadors and explorers have been looking for this lost city for ages. Not all of us can get on a flight and trek through those Amazonian jungles, so here’s a virtual version instead.

Titled Gonzo’s Quest, regular folks like you and me can now join conqueror Gonzo (short for Gonzalo Pizarro, an actual historical figure) on the hunt for Eldorado. However, this game is no legend: with tons of bonus features, multipliers, free spins and a handsome RTP of 96%, there's plenty to be won. 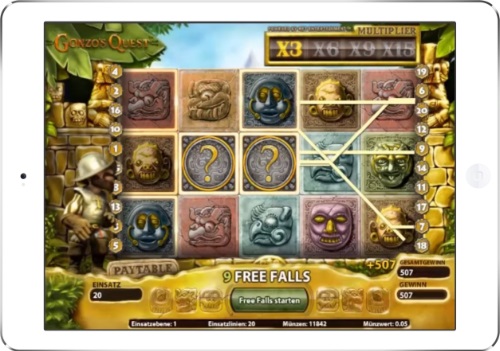 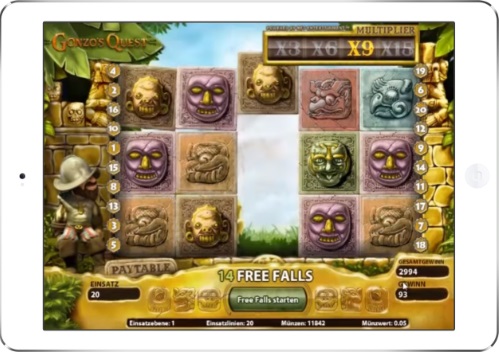 Gonzo’s Quest features five reels and 20 paylines. The game appeals to all kinds of players by accepting wagers from 20p to £50 per spin. Some players have spoken of huge payouts, some as large as 350 times their stake in a single spin. A regular, not-spectacularly-lucky gaming session would deliver wins about 10x your wager.

The game also has a hit rate of 41%, which means that you’ll get a win (small or large) roughly two out of every five spins. The game’s payouts are pretty average with 96% RTP percentage. 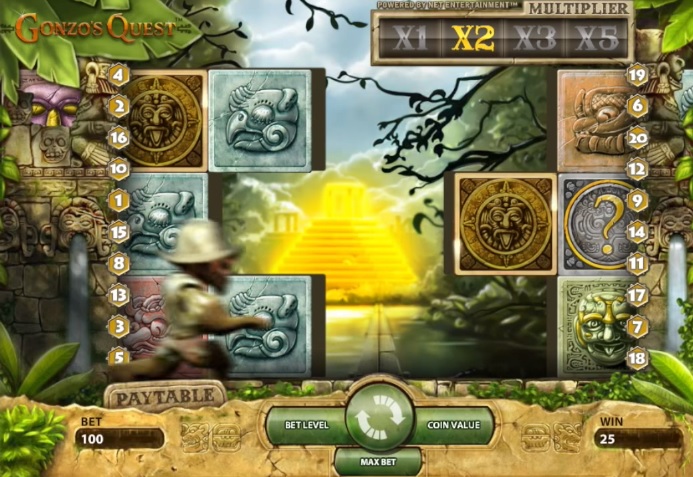 Gonzo’s Quest has a unique Avalanche Reels feature. Here is how it works: after every winning spin, the symbols explode (in 3D!) and disappears from the board. The gaps left behind by these explosions are filled with new symbols, which fall into the game board in an avalanche. This is like hitting the reset button or getting a free re-spin. You’ll get extra chances for winning combinations, at the cost of one spin. You’re getting huge bang for your buck as each wager may trigger free re-spins automatically. 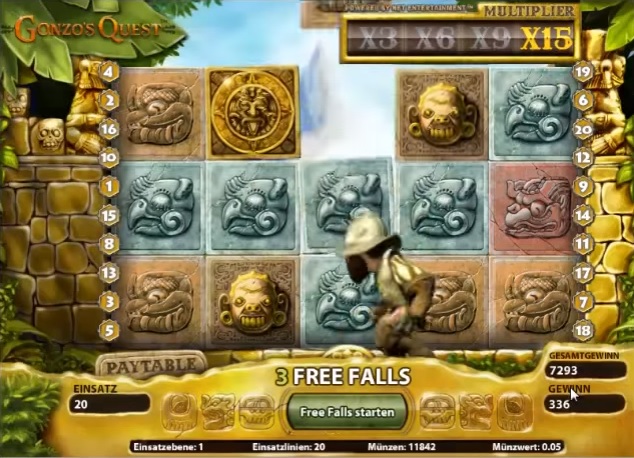 There’s a Free Falls bonus feature too, which is triggered when three Free Fall scatter symbols appear on the reels. First up, you’ll get 10 free spins (or free falls). You also unlock an enhanced multiplier meter with bigger cash rewards. The multipliers go up in sets of three – the first free fall win is multiplied by 3x, then 6x, 9x and all the way up to 15x! You can also re-trigger free spins during the free spins.

The game begins with a short film. You’ll follow Gonzo The Conquistador as he sets off on his journey to find the lost city of gold. Once the little intro is over, Gonzo settles into his position by the reels and becomes your little cheerleader. Watch him after your win – at these moments, he becomes quite animated and does his little dance. I’ve even seen him moonwalk across the screen!

Gonzo’s Quest is available for play on desktop and mobile devices. The mobile version is slightly more trimmed down to fit the smaller screens. For example, NetEnt has stripped away dancing Gonzo and focused instead on the crumbling Avalanche. However, the gaming engine and payouts are exactly the same on both platforms. 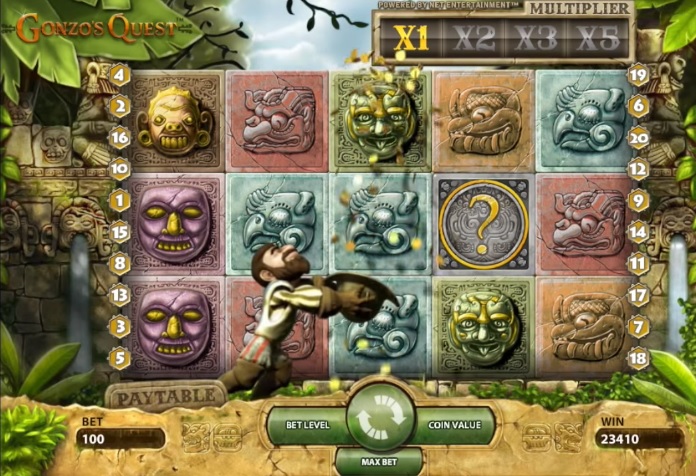 Gonzo’s Quest is a true pioneer in the world of slots. The game was launched in 2010, was the year the first iPad was launched! It may not seem like too long ago, but the online slots industry was just on the cusp of transformation.

Slot designers were then just moving from simple three-reelers to full-blown productions. Gonzo’s Quest featured a quality of graphics that was then considered to be really cutting edge. The animations of the reels crumbling really set new standards for the slot gaming industry. It was also the first slot to introduce the Avalanche Reels feature and among the first. 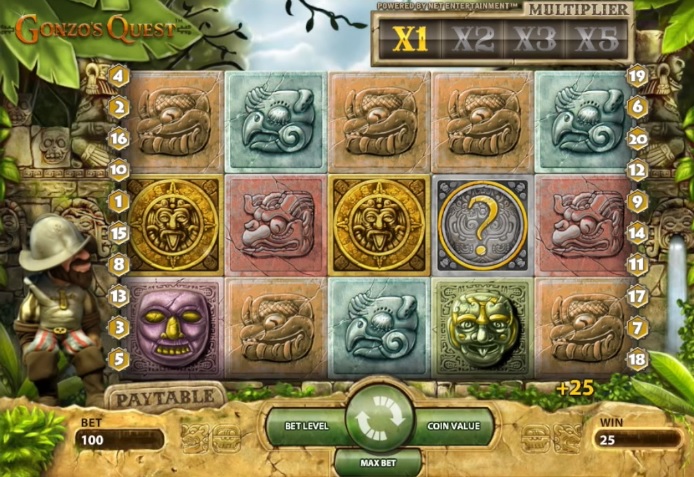 Gonzo’s Quest has maintained its popularity among Europe and UK players for more than 6 years now. This is quite an accomplishment, especially in a time when new slots are released almost weekly and players are perpetually spoilt for choice. Despite its age, Gonzo’s Quest still holds its appeal. No player would turn down multipliers and free re-spins.

The game engine also times the payouts to perfection, so it’d hold your attention and keep you coming back for more. If you’re new to the slots world, then you must absolutely try Gonzo’s Quest. GoWin Mobile Casino offers all new players £5 for free, no deposit required.