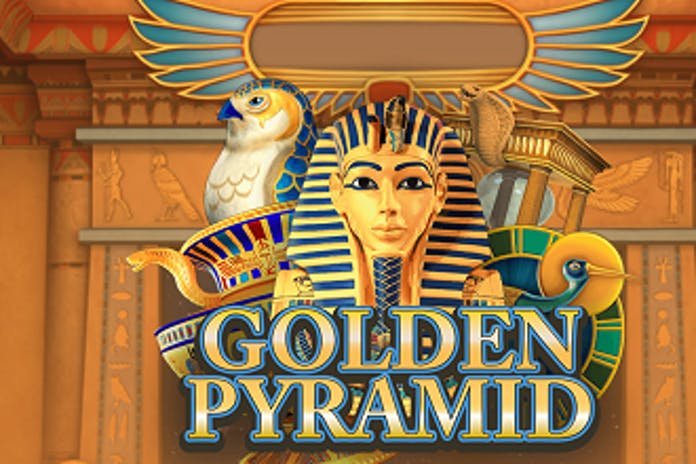 Golden Pyramid is an original mobile slot by Magnet Gaming. As befits an ancient Egyptian tomb full of riches, this game has loads of bonus features. On top of it all, two jackpot prizes are awaiting each player who can perform well on the bonus games.

The game looks like it was released in 2019 even though its exact launch date is five years prior to that. What we mean is that it looks surprisingly good even by today’s standards.

Its developer never fails to engage the player with high-quality software both in the graphics and gameplay departments. Golden Pyramid is no exception as it will transport you to the times of the pharaohs in no time.

Here are the details of the game:

All of the symbols are related to the Egyptian culture and heritage, which perfectly fits the theme. They include the eyes of Horus, sandglasses, golden urns, heads of the Egyptian gods and more.

The most exciting thing about the game, however, is the number of bonuses and jackpots you can win. 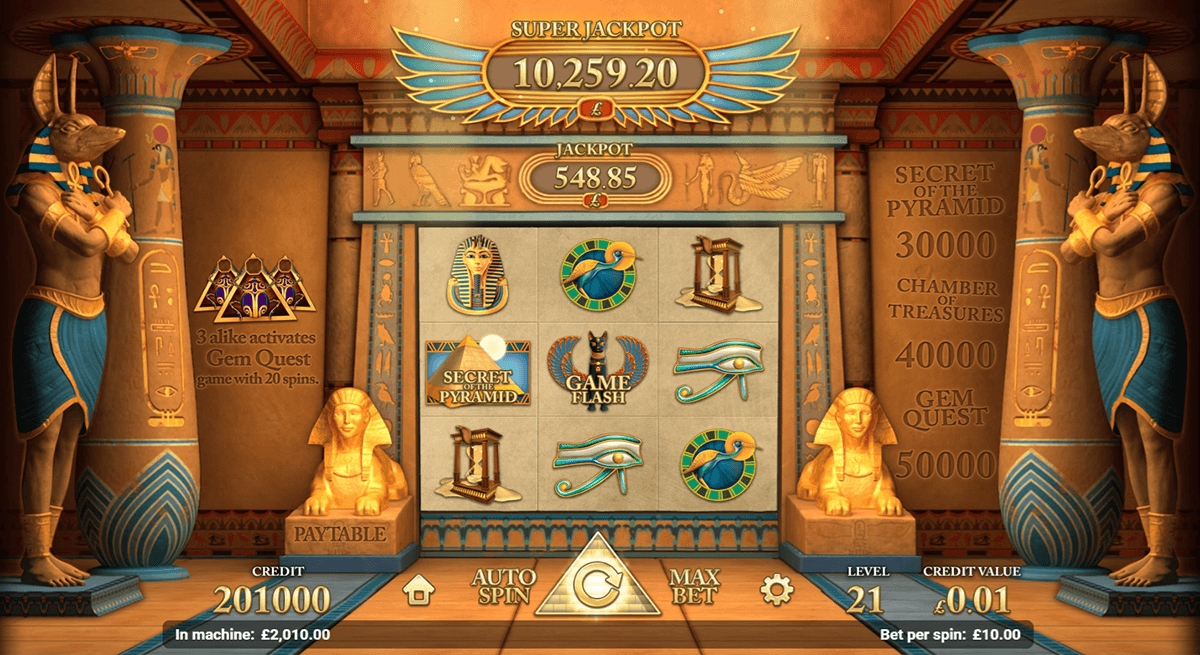 Each bonus has its own symbol, which you’ll have to land in a single payline to trigger. Here are the main bonuses:

Most of the bonuses may lead to the two jackpot mini-games with guaranteed wins. That and the low minimum bet make this slot a very popular choice among Egyptian slots fans.

So, play Golden Pyramid today at Magnet Gaming casinos and discover the pharaoh’s treasure for just 10p per spin.