An Evening with Holly Madison

An Evening with Holly Madison is one of the biggest slots around, and has been since it's release in 2014. Now considered a classic title, this game from NextGen has stood the test of time thanks to it's rewarding features and niche theme.

Based around the Playboy model turned reality TV star of the same name, An Evening with Holly Madison is a glamorous and attractive slot. Read on to learn more about this game and what exciting bonuses you can expect.

An Evening with Holly Madison Gameplay 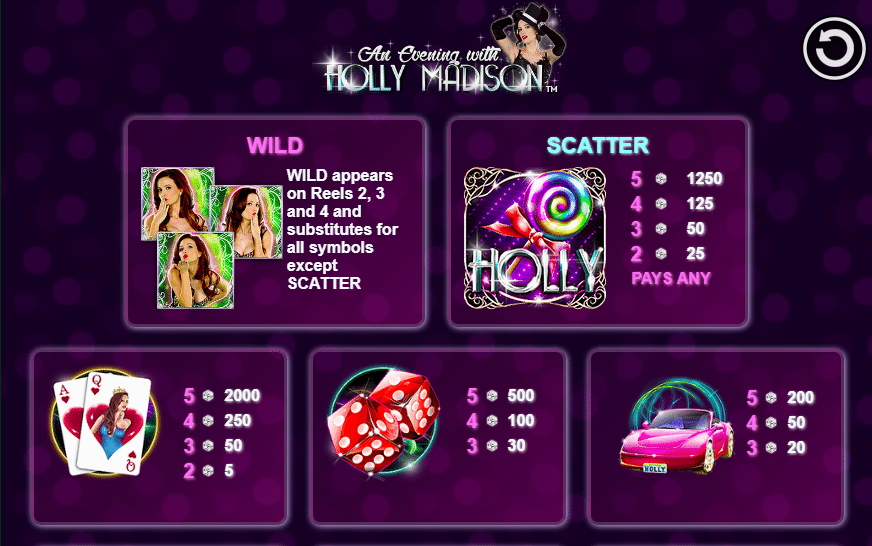 As we've just mentioned, An Evening with Holly Madison is based around the Playboy model/TV star, Holly Madison. She features prominently in the game, and the other graphics reflect her luxury lifestyle.In the slot, the reels hang against a purple and red flashy background, and symbols include high heels, cars and dice.

The game's highest paying standard symbol is the playing cards, which feature Holly's face. These will reward you with 2,000 coins for a five of a kind combination.

In the base game, players can also benefit from a wild symbol, which is represented by Holly herself wearing a green dress. In addition to substituting for all other symbols to create winning combinations, she can also appear stacked, filling a whole reel. When this happens, players are provided with plenty of opportunities to land some huge wins. 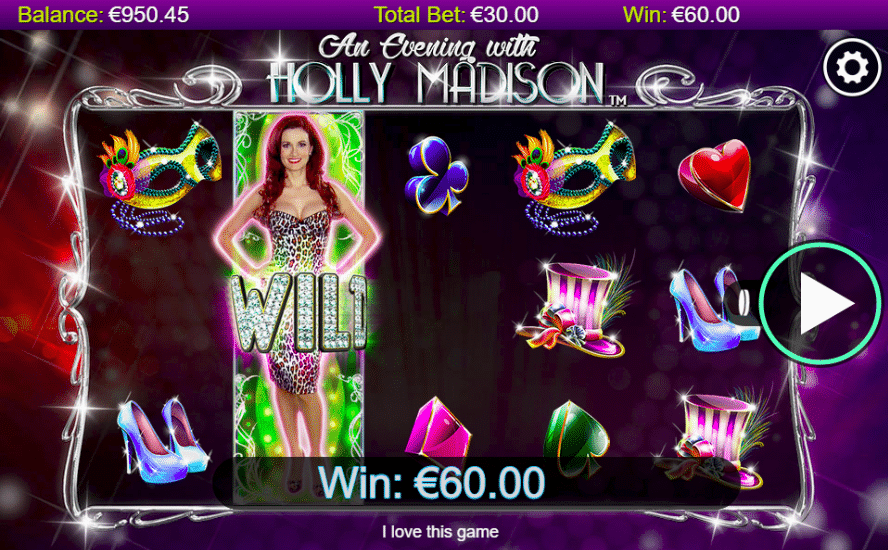 In An Evening with Holly Madison, the scatter symbol is represented by the game logo. Should you land two of these anywhere on the reels, you'll be given a respin, whilst landing three scatters anywhere on the reels will trigger the game's  very rewarding free spins round.

Players will receive 10 free spins to start with, and they must then attempt to collect kiss symbols as they play through their free spins. At the end of the round, the collected kiss symbols will allow players to enter the Photoshoot Bonus game.

In the Photoshoot Bonus game, Holly will change into a new outfit for every kiss symbol you have collected. If Holly likes the outfit, she'll reward you with an instant cash prize.