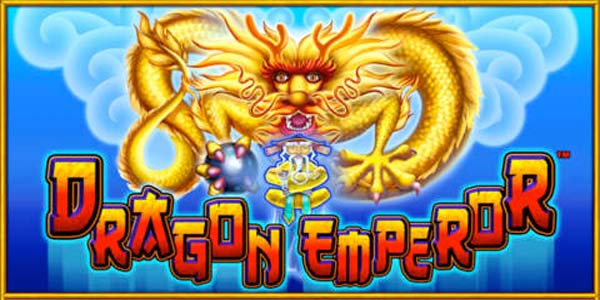 While this is one of the least-known online slots with dragons, it’s still worthy of your attention. The game comes from an Australian developer called Aristocrat. It has found its way to web casinos directly from high-street venues.

Dragon Emperor is an online slot that can be found at many websites, despite its low popularity. It includes a fairly simple layout with standard symbols, bonuses and a dragon or two.

As it stands now, though, we believe it could attract many a gambler to give it a spin.

It’s not an expensive slot either, with fairly low minimum bet limits and many ways to win. Explore all the main gameplay details here:

There are ten symbols in the game, counting the scatter and the substitute symbols. They pay from 5 to 1,000 coins per win, depending on the symbol value and the winning combination. (3, 4 or 5 matching symbols in a line win.)

While most wins are low, the ‘all ways win’ payout mechanism ensures frequent hits. There are often many of them at the same time, too.

However, this is pretty boring by today’s standards as players can enjoy hundreds of slots with similar gameplay. Let’s focus on what really matters at the Dragon Emperor slot, shall we? 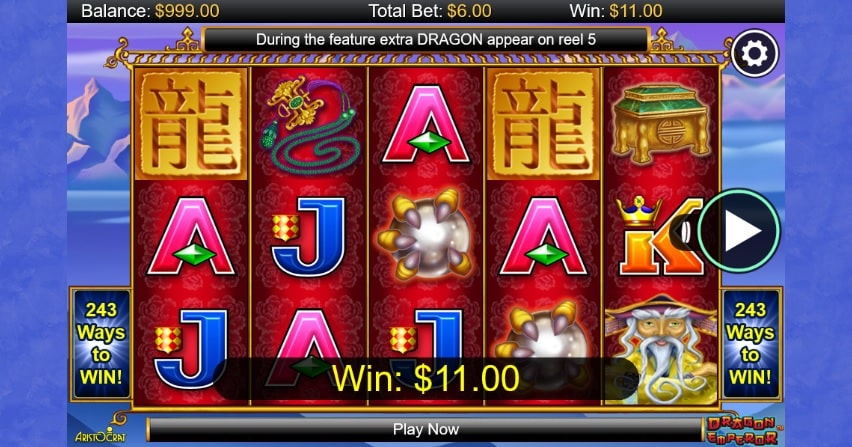 There are wild symbols (appearing on the 5th reel only) which substitute all the rest save for the scatters. You will need to land at least three of the latter to get free spins. Wilds can’t help in this case, unfortunately.

Depending on the number of such scattered symbols, you’ll get a different amount of free rounds:

During the bonus, extra dragons (which stand for the substitutes) are added to the reels. Plus, if you get three dragons on the last reel, the reel shuffle will trigger.

During this bonus, all the reels will randomly change places. This usually results in a considerable win (due to the stacked dragons). The same feature may apply several times in a row, too.

This is an interesting extra feature that will increase your odds to win. So, if you want to become a Dragon Emperor, you’ll have to rely on this magnificent beast’s might.