Choy Sun Doa is a game created by Aristocrat which has an Oriental theme, as you might have guessed. This game is a free spin and multiplier bonanza. Read-on to find out all you need to know.

This Oriental adventure is set against a backdrop of a bluey purple landscape. The reels are framed in a classic Chinese dragon feature and an authentic Chinese soundtrack plays as the reels spin, leaving no guesses of the theme of the slot.

The low-paying symbols in Choy Sun Doa are the classic 9, 10, J, Q, K, A. The higher-paying symbols are a red seal, a ring, a Chinese dollar, a carp and a golden dragon.

The wild symbol pictures the emperor and the scatter symbol showcases a traditional golden ingot. 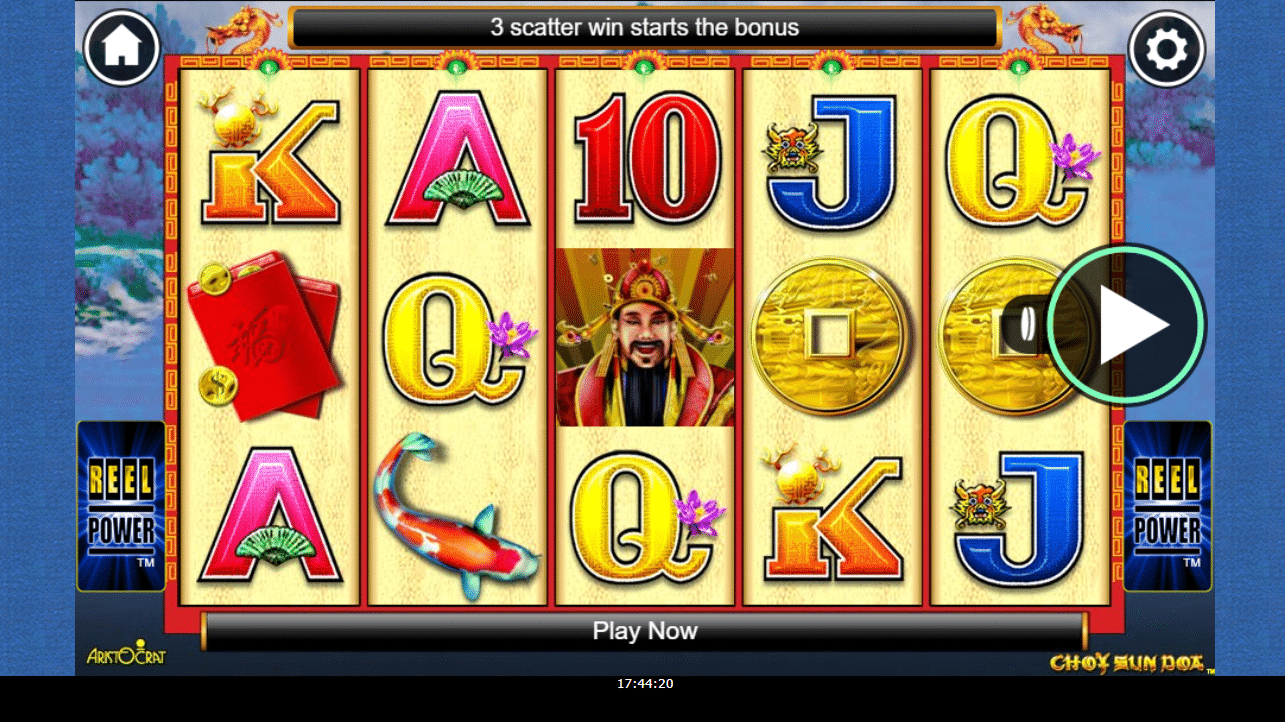 This game is all about free spins, which is something any slot spinner will welcome.

When you land at least three of the golden ingot scatter symbols anywhere on the reels, the Free Spins feature will activate. The great thing about this feature is that it is very personalised. Indeed, you choose how exactly you want the free spins feature to function.

You choose from the following options:

Just bear in mind that the wild symbol will only appear on the middle 3 reels.

There is another added feature during the Free Spins too. If a red seal lands anywhere on reels 1 and 5, you will win a cash prize ranging from 2x to 50x your stake.

Furthermore, the feature can be retriggered by landing three of the scatter symbols anywhere on reels 1, 2 and 3.

If you like free spins, Choy Sun Doa is for you. The amount of customisation afforded to players in the Free Spins game is unusual and definitely gives this game a sense of originality.

Choy Sun Doa is also potentially very lucrative. So, if you want to enter into an Oriental adventure with a tasty free spins feature, look no further.