Do not let the name of the game fool you. This new addition to the collection of awesome games by Magnet Gaming is not one which would require you to be an expert in the kitchen. Taking a hit at something a little closer to home, this baking goods themed slot is bound to bring absolute entertainment to anyone who ventures into it.

With a new take on the idea of kitchen work, Baking Day is an all-time sugar rush awaiting all players; be they a slots rookie or a seasoned slots player. A symbol of domestic bliss, this slot game is easy to comprehend and does not skimp on the adrenaline you get from winning big time! 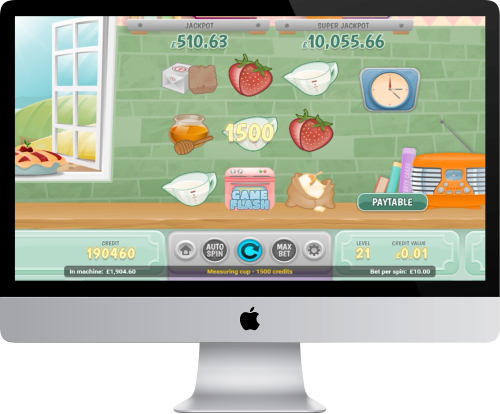 Baking Day is a simple game to say the least. It is a three reel slot game that comes with a respectable eight paylines. As you start playing, you will notice that all the symbols are suspended amidst an idyllic green kitchen overlooking a wooden kitchen top with an almost distracting little cherry pie on a window sill in the corner.

As you did expect from a baking themed slot, you will find a variety of baking ingredients as symbols on your reels. In a nutshell, you get all the dough (pun intended) without ever having to really walk to the kitchen! 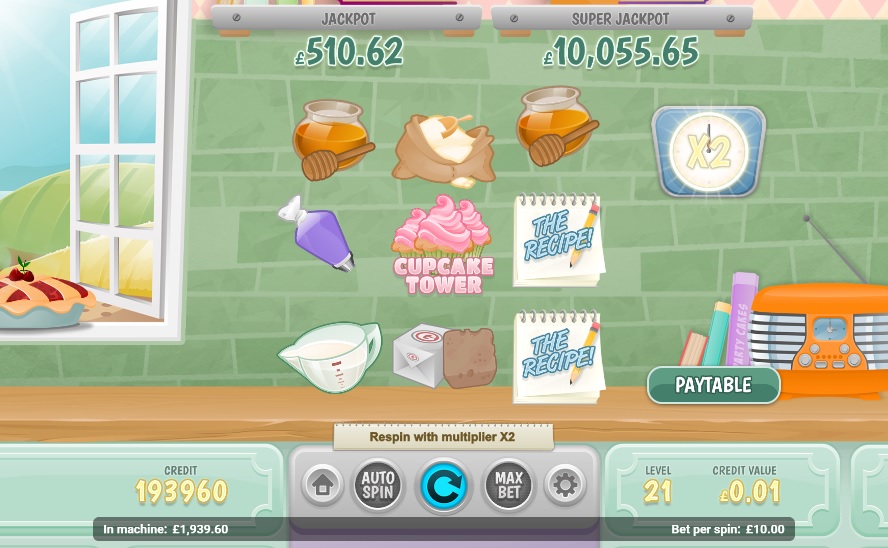 Before we get too distracted, the Baking Day slot by Magnet Gaming accepts wagers starting from a mere 10p. If you are one of the high rollers who are always gunning for the big wins, you may up the ante all the way up to a maximum of £10 per spin. That said, Baking Day will suit players with all types of budgets and gaming strategies.

This game also proffers a pretty sweet Return to Player (RTP) rate of 96.5% which offers the much needed peace of mind. Winning on a budget has never been this exciting! Judging from the payouts patterns in Baking Day, we can confidently classify this game as a low to medium variance game.

Payotus come by pretty often allowing you to minimize risks of losing too much money. One thing for sure, Baking Day is a game that promises hassle free fun from the beginning till the end.

Anyone who has been playing slots for a while now would know that the best things in life come free. In the case of Baking Day, tons of freebies will be thrown your way throughout your gaming session. In total, Baking Day boasts three bonus features, namely the Cupcake Tower, the Recipe and the Cake Decorator.

The two progressive jackpots to keep your eye on are the Jackpot Flash and the Super Jackpot Flash. If that does not sound awesome enough, there is also a Game Flash for extra cash prizes!

The Game Flash is triggered when three Game Flash symbols appear on your reels. Once activated, you stand a chance of winning up to £200 on top of being able to trigger a multitude of bonus features.

The first bonus game that you may trigger via the Game Flash is the Recipe feature. Here you will be randomly rewarded cash prizes and will also be given the chance to trigger either one of the two Jackpots. 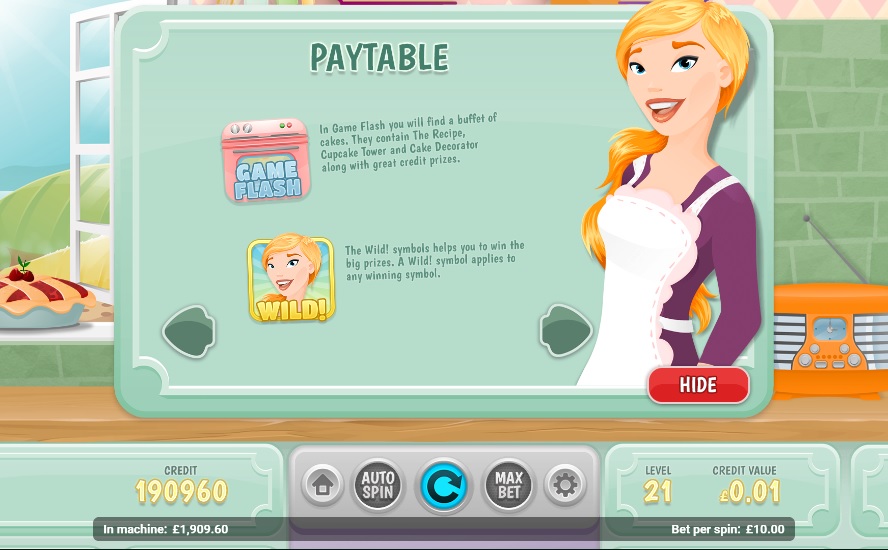 Next up is the Cupcake Tower, which makes itself available should you have three Cupcake Tower symbols anywhere on your reels. This feature makes you eat as many cupcakes as you can from the cupcake tower buffet spread with cash prizes awarded for each cupcake consumed. You also get the chance to play for the Jackpot Flash with this one.

The final bonus feature in this game is the Cake Decorator. As it goes with the others, this feature too requires three scatters in the form of the Cake Decorator symbols on the grid for it to be triggered. Upon activation, you will need to get started on icing a cake with a mixer to win cash prizes. This round also paves the way for you to smash your winnings records through the Jackpot Flash and the Super Jackpot Flash. Absolutely tempting!

The overall feel of Baking Day is very unique. On one hand, we absolutely loved the cute animations throughout the game especially those of which were present during the bonus features. On the other hand, the pastel blend and the pretty looking animations of honey, eggs, cupcakes, pies and baking utensils can get a little overwhelming for those who are not fans of the theme.

Its adorable and whimsical set up with birds chirping in the background and the slight rustling of the wind do lend a certain charm to audio of the game. But on the whole the graphics are visually friendly, welcoming and cutesy with a cotton-candy like overtone. 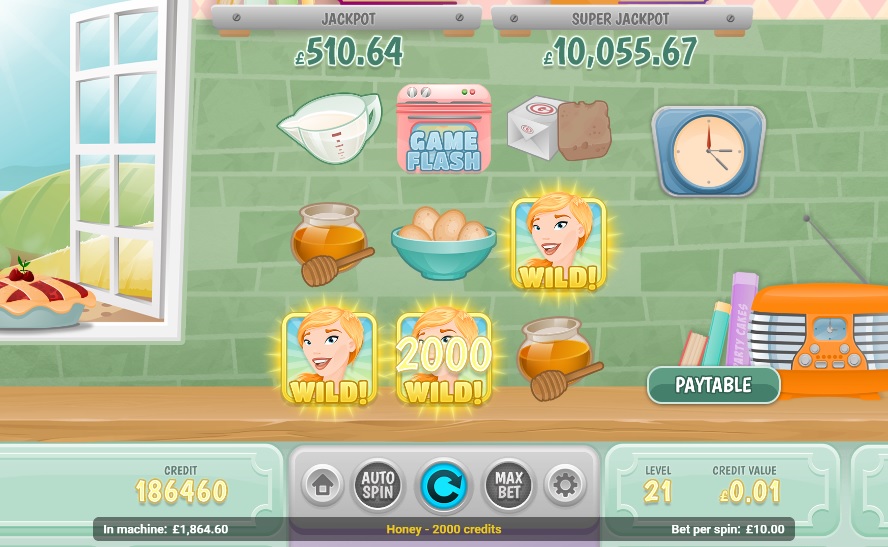 As with all Magnet Gaming slots, Baking Day is compatible on all types of devices regardless of platforms. Players who are always on the go will be glad to hear that this slot will perform impeccably even on the smallest of mobile phones.

Let’s face it, as much as we would want to trigger all of the bonus features frequently, the Jackpots are the biggest prize that anyone could have their hands on in Baking Day.

Given that Baking Day’s Jackpot is a progressive one, you can expect the numbers to rise up very quickly. Give it another week or so and you would probably be looking at winning up to £50,000 from the jackpots alone. Magnet Gaming has truly done well with this life changing feature.

Our Take on the Baking Day Slot Game

If you are out hunting for a big pay day, get your hands on Baking Day by Magnet Gaming. Truly addictive and immensely gratifying, this is a move that you will most definitely not regret making.

The gameplay of this slot is as flawless as it gets, and the bonus features that come along with it are both exciting and rewarding at the same time. This is the perfect way for you to satisfy your sweet tooth without having to worry about the calories.