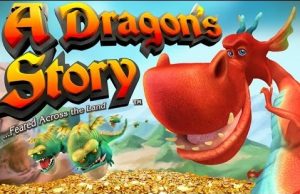 In movies and fairy tales, dragons are mostly evil and dangerous characters. These fire-breathing creatures lurk inside mountain caves and threaten villagers that live in their vicinity. Here’s a slot that’ll turn this stereotype on its head!

A Dragon’s Story by NextGen Gaming will have you rooting for dear Ruff in no time. In this story, Ruff the dragon is protecting his treasure from Sir William. You’ll help Ruff shoot fireballs at Sir William and pick up lots of gold coins in return. I’d assist any dragon that pays me well!

A Dragon’s Story consists of five reels and 25 paylines. The paytable promises wins up to 2,000x in one spin, which is much, much higher than other games! Most slots offer around 300x or 400x maximum payouts in the base game. Games start at 25p to £50 per spin. However, there’s the option to double your bet for improved chances and more features; we’ll get to that in a minute. 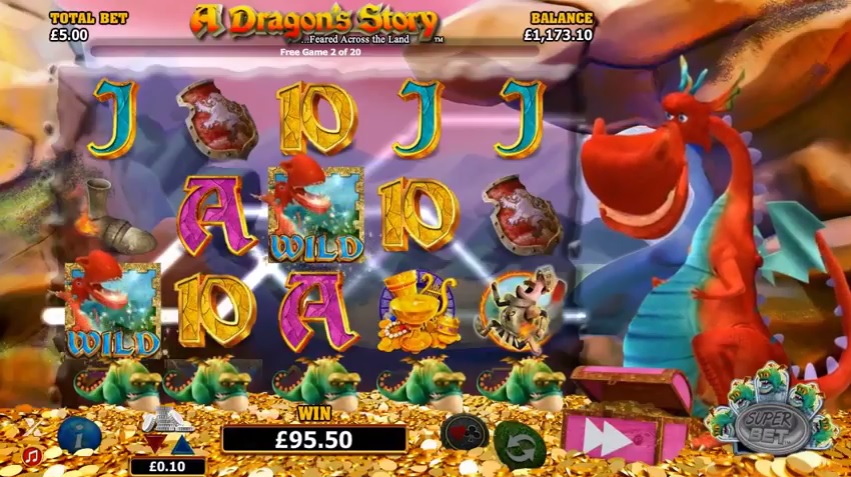 Free spins are in abundance in this game. Whenever you get three or more Jewel scatter symbols, the game rewards you with 10 free spins. All the fun starts to happen during these free spins. More Wild dragons show up on the reels and it’s not unusual to get five Wilds in a row! Not only that, all wins are doubled.

First of all, there’s the wild symbol. This is the big red dragon and he stands in place for all other symbols (except the Scatter symbol) to complete winning paylines. You can choose how many Wild symbols to have on your reels. In slots, it’s simple: the more Wild symbols, the merrier. However, this calls for extra wagers and a higher tolerance for risk. 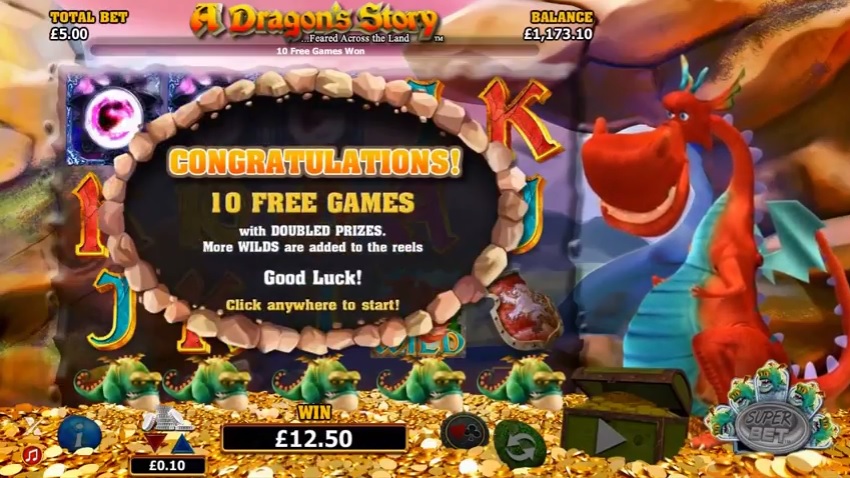 Since the number of Wild symbols goes up, the game’s return to player percentage also improves. In normal mode, the game has an RTP percentage of 95.2%; SuperBet increases the RTP ever so slightly to 95.6%. 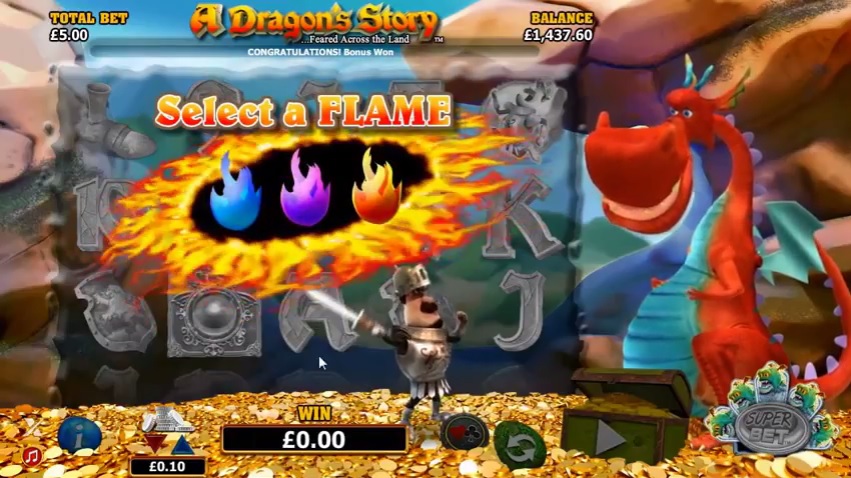 Let’s get to the pressing question on everyone’s minds. Could I tell the difference between having SuperBet turned on and off? Was there a significant increase in payouts? Is it worth doubling our wagers? Well, yes. The game really picks up the pace and punches out the wins when there are extra Wilds on the reels. If you were going for SuperBet, I’d definitely recommend going for the maximum SuperBet option. Go hard or go home, you know?

Besides the SuperBet feature, there’s a bonus game titled Brave Sir William bonus. Sir William will enter Ruff’s lair to try and steal his riches. I’m not sure how he deserved the title “Brave” for being a thief, or how Ruff acquired so much gold.

Anyway, you’re on Ruff’s side in this game! Your job is to pick which fireball that Ruff should breath onto Sir William. The more treasure he drops on the way, the bigger your prize! The game doesn’t pay out too much – usually about 25x your stake – but it does trigger very often.

A Dragon’s Story has gone for a more cartoon-like vibe. It’s more like “How to Train your Dragon” and less like Khaleesi’s dragons from Game of Throne’s. All of the symbols adopt the same satirical style. Similarly, the jovial background music sets the light-hearted mood of the game.

The game is playable on all devices, including desktop, mobile and tablet. It both performs flawlessly and looks great whichever way to choose to play too. What's more, as it's an instant play game, you can launch it directly from your mobile browser. This makes it perfect for both iOS and Android gamers. 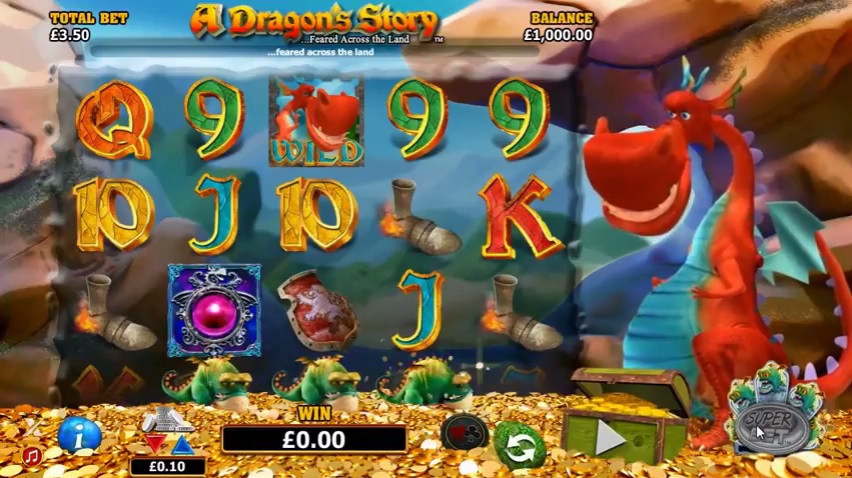 The problem with SuperBet is that it may alienate a certain demographic of players. If you are more risk-averse or constrained by a smaller gaming budget, you’d miss out on the best bits of A Dragon’s Story. Therein lies the appeal, I guess. If you can afford it and if you dare, you can improve your gameplay!

It guarantees better odds, which is much better than having to try out multiple slots in the casino until you find the slot with best odds. (Insider tip: If your budget doesn’t allow for 50p bets at the moment, I’d recommend finding another game instead.

A Dragon’s Story is a classic NextGen Gaming production. The designers have incorporated all the elements that NextGen is famous for: big payouts, frequent wins and the unique SuperBet feature. And isn’t that all you really need for a good gaming evening? I highly recommend that you try A Dragon’s Story the next time you’re at GoWin.