Mobile Casino » Blog » What Is Slot Variance And How Does It Affect How You Play?

What Is Slot Variance And How Does It Affect How You Play? 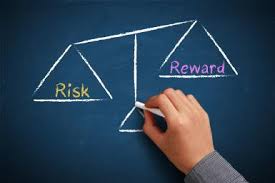 In every single slot game review you’ll ever read, at some point they’re likely to talk about the variance of the game. You might just take this for granted and there’s a decent chance you probably just ignore it in the reviews, but it’s something worth paying attention to, as it can really change the way a slot behaves, and thus how you should be approaching them.

With this in mind, then, we bring you our guide to slot variance in online and mobile casino games. We’ll fill you in on what variance means and how it affects the way you should be thinking about the games you play, including what variance slot is right for you.

What Is Slot Variance?

Where will talk about variance, what we’re talking about is the size and regularity of the payouts on a slot game – a relationship that’s often also referred to as volatility. Basically, high variance games are those which will pay out higher values, but less regularly, while low variance slots are those which pay out smaller values, but with more regularity. It might sound like this would simply balance out over time, and it does, but you still need to keep mindful of it as you play.

There’s a misconception that variance is the same as RTP rate, but while there is some relation, there’s no direct correlation. The RTP (return to player) rate, describes how much of your original amount of money to wager you’ll have back at the end of a theoretical infinite number of spins; it basically describes the risk involved in playing the game long term.

Variance, on the other hand, merely talks about how the payouts on the slot works – either small and often, or big and irregularly. You could have a high variance slot that pays high RTP rate and another that pays a lower one. While you often get high variance slots which also have high RTP, there’s no hard and fast rule about this relationship.

What Kind Of Variance Is Right For You? 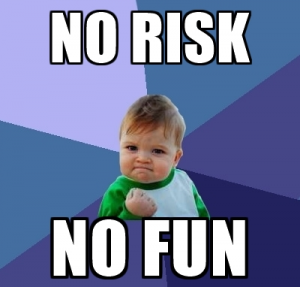 Low variance games are short term low risk games, perfect for players with a small or limited bankroll, or simply those who don’t like the feel of a risk on every spin. Super low variance slots are the kinds of games where every two or three spins you’ll be landing a win of some size or another, ensuring that your bankroll will never take any major hits all in one go.

Of course there’s a flip side to this safety – you’re never going to win a huge amount of cash all in one go. While it is possible to make money off these slots, you can’t expect huge payouts all in one go, and you’re going to have to play for a long time, or wager big, in order to see those winnings creep up and up.

These are the Goldilocks zone of the slots world, and the most prolific slots you’ll find at online and mobile casinos. These games have the relative low risk associated with low variance slots, while at the same time have a relatively higher winning potential than their low variance counterparts.

If you’re not totally strapped for cash, but don’t want to just burn through your bankroll in just a few spins, you could do a lot worse than trying out a couple of medium variance slots; you won’t struggle to find them.

Risk takers, high rollers and thrill seekers take note – this is the variance of slot with YOUR NAME ON IT! It’s really easy to think of the kind of person who should play these games, as it’s the total inverse of the low variance games. You’ll experience far fewer wins, waiting a long time between them, and costing a lot more in terms of cash to keep you going through the dry spells. You’ve got to have a decent bankroll and a hefty nerve to get you through.

But of course, as is the inverse of the low variance slots, the rewards for playing high variance slots can be HUGE. You might wait around for dozens of spins with only one or two small wins, thinking you’re eating through your bankroll, then suddenly, BOOM, you win 400x your wager, and suddenly you’re hundreds of quid better off.

Which variance you pick is entirely dependent on the way you want to play, how much money you have to invest in your games, and what your appetite for risk is!