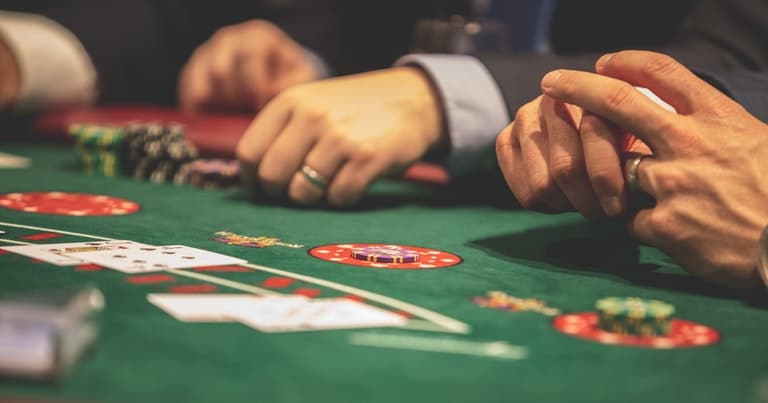 Blackjack is a tough game to understand, but thankfully it's also very mechanical when it comes to what moves you should do and when.

In our quick guide to playing blackjack, we've given you everything you need, by offering a simple list of instructions to follow, to play like a pro from the get go.

But if you're a little fresher to the game and need some of the basics broken down for you, then we've also got you covered by giving quick and simple definitions for some of the more complex plays you can make in blackjack.

So head below for our full visual breakdown of blackjack plays you should make and then get some help with the jargon if you're new to the game completely.

Below is a helpful chart which lists all the possible moves you should make depending on what your hand is, and what the dealer's starting cards are.

This isn't necessarily going to make you win every hand and there's always the chance that going off the beaten path will win you a few extra rounds. However, for the most part, these are the moves which have the highest probability of paying out, if you follow them closely.

If you're a little newer to classic casino blackjack and want a few of the terms mentioned in the chart explained further, then head below where we break down all the special moves you can make in blackjack.

Splitting is an additional move a player can make after they've been dealt their first two starting cards. When a player splits their hand, they literally separate the two cards into new hands and are dealt two additional cards to create two new hands of two cards each. The player will also have to pay another wager, giving them two pots, which are placed on each individual hand.

The idea behind splitting is that you play with two hands against the dealer's one hand. You have a separate wager for each hand, so you effectively play two games of blackjack at the same time. You can win on both hands, lose on both, or win on one and lose with the other. Splitting your hand simply gives you more fluidity in terms of what plays you can make and allows you to win more money, with the downside that you put double the cash at risk.

The chart above details which starting hands are optimum to split with. You can only split after you've been dealt your cards, so it's a move that has to be made from the start of the round.

Remember, that these two new hands can still have all the same moves made on them as any normal hand, so if you feel like doubling down, you can still do that on both hands if you're feeling lucky. 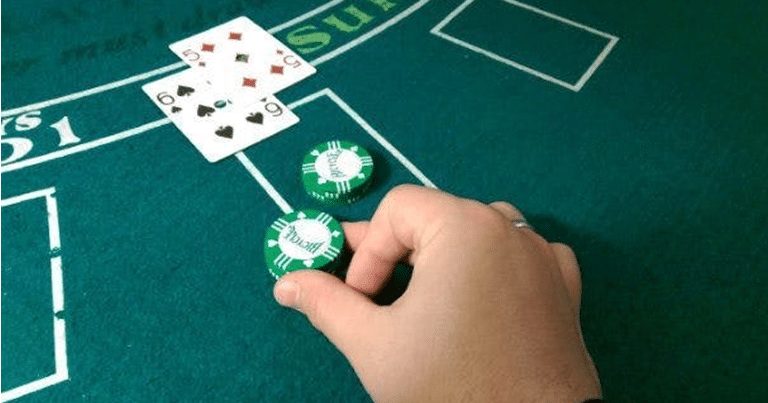 Doubling down is an additional move a player can make outside of simply hitting or standing. Doubling down allows the player to double their bet and therefore increase how much they're able to win.

This move can be done at any time during the player's turn, so it's a way for players to take advantage if they have a particularly strong hand. The downside of the move is that once you've selected to double down, you'll only receive one further card and then you'll automatically stand.

Other casino games like poker allow you to increase your bet midway during the game if you're having a particularly good run of luck and doubling down is blackjack's equivalent of this.

Doubling is the only special move in blackjack that is available to the player throughout their go since most other moves can only be played during specific times or at the start of the round.

Doubling down is an exceptionally rewarding move when it works, but be sure to pay special attention to our moves list in order to make sure you're getting the good end of the deal. You only get one additional card once it's played, so be smart when you decide to double and end the round. Losing double your money is something that nobody wants.

The insurance bet isn't found on the chart above and the reason for this is because it's a completely optional bet which adds greater risk to the player.

You can never win both bets at the same time, since winning one will always mean the other bet has failed. An insurance bet offers players the chance to win on a hand that they might otherwise lose. However, the risk of the bet is that you're simply risking more money for an outcome which is reasonably unlikely, as a dealer natural blackjack doesn't come up particularly often.

Most players see the insurance bet as too high of a risk since you're risking more cash simply to break even, where it might be smarter to just take the loss and move onto the next hand. At the end of the day, it's completely up to the player if they feel like taking a risk and have the budget to do so.

The Basics of Playing Blackjack

Once you understand the lingo and the optimum plays, the steep learning curve of blackjack starts to become a little easier to traverse. We may not have had the time to go into the specifics of why these plays are the best ones, but for now, at least you have a starting point for how you should begin tackling the dealer.