Mobile Casino » Blog » A Guide To The Martingale Betting System: Does It Actually Work?

A Guide To The Martingale Betting System: Does It Actually Work? 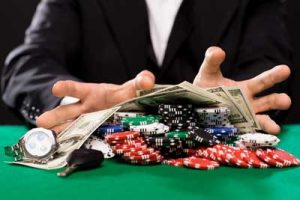 The martingale system is a betting system that is among one of the most popular money making schemes around. Supporters of the system have spoken passionately about how it’s a fail-proof scheme to make you a millionaire at the casino.

But if it was so easy, wouldn’t the casinos be out of business by now? Where are all the casino millionaires, if martingale has such a proven track record? In this guide, we’ll take a look at the martingale system, what it is, how it works and see what barriers are in place at the casino to prevent it from being the perfect plan that it’s promised to be. 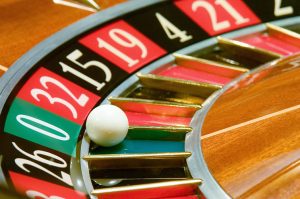 The basic theory with the martingale system is that you place a bet on a binary outcome. Most famously, this is roulette’s red or black bet, so you can only either win or lose on every play. Every time you lose, you double your bet. Once you’ve won, you then go back to your original bet and then double the next time you lose, carrying on in that fashion for every play.

The idea is that when you do finally win after a losing streak, you will win back all your losses and make a profit, so in effect, as long as you stay in the game long enough to get a single win, then you never lose anything.

The numbers back this up and the idea is seemingly sound. You should eventually win in a binary outcome and therefore will always win back more. Of course, in principle is very different to how the game actually works.

Martingale and most other betting systems rely on two basic principles to work:

It’s pretty obvious why these don’t make that much sense when brought into reality. Firstly, infinite time for a person just isn’t the case and secondly, you don’t have infinite cash or else you wouldn’t be using the martingale system in the first place.

In fact, the way casino games have put an end to betting strategies like the martingale system are by attacking the second principle of having infinite resources. Some people don’t have infinite cash, but if a high roller with a bit of money risked it at the casino, they’d probably end up making a profit most of the time.

And that's where bet limits come in. There’s a reason why most table games like roulette have a bet limit. It’s not to protect you from overspending, it’s mostly to stop methods like the martingale system in their tracks. At a certain point, you won’t be able to double your bet anymore and that means that the system will stop working and you could lose a lot of money.

The Martingale System Is Really Risky As Well

Casino betting limits aside, the martingale strategy is stupidly risky as well. The doubling bet aspect of the system is what attracts people to it and makes them think they’re winning more than they are. Let’s look at a quick example to see why they're actually risking a lot for very little. 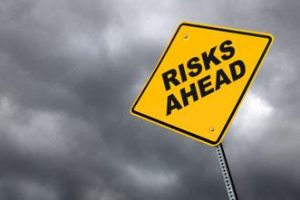 Imagine you’re betting on red at the roulette table and you’re wager is £5. You lose, so you double to £10. Let’s say you lose two more times, which isn’t unreasonable, therefore leaving you to bet £40. In only 3 losses, we’re already betting £40, which is a big step up from £5.

You finally win that turn, taking in £80, which seems like a lot of cash to win at the tables. And the best part is you haven’t lost anything at all. But you also haven’t gained much, since you’ve actually only won £5. Remember that in those three losses, you have already lost a total of £75. By winning £80, you’ve only won £5, which means that with your previous £75 loss and your recent £40 bet, you had wagered a total of £115 to win £5, which is much more reckless than what it seemed when you started, right? 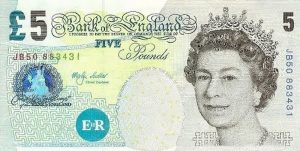 Slowly building on your wins sounds like it isn’t that bad, but remember, you have a bet limit and you’re doubling your bet each time. In only three losses, your bet was up to £40. Double it again and it’s £80, doubled again is £160, doubled again is £320. Most roulette tables have a £500 bet, so you won’t be able to double again after that.

If you do manage to lose seven times in a row at a £5 starting wager, you will have bet £635 in total. If you try to start again and win your money back, you’ll only be able to win £5 back at a time. That means you’ll need to then successfully martingale 127 times in a row, just to breaking even. There’s also a 20% chance of that going wrong, meaning it might happen again, which is a worryingly high risk for the amount of money up for grabs.

Although losing seven times in a row is very unlikely, with the chances coming to 1 in 156.25, we’ve all played roulette and know that seven losses in a row isn’t unheard of. In fairness to the system, the overall odds of winning to losing are actually in favour of success, but only slightly and the amount of cash on the line means you’d be about as safe just playing normally and simply making random guesses.

How To Lower The Risk 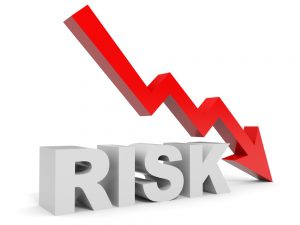 This is not a recommendation of the martingale system, but there are some ways you can go about making it safer if you do try it. The biggest improvement is to bet as low as possible. If you only bet £1 as your starting wager, then you will be able to double your bets more times than if your starting bet was high.

This means that you’ll only win £1 with every successful round of martingale, but if you’re willing to stick in for the long game, your odds of failure are much lower. However, remember that the possibility of failure is still there and even with more chances to mess up, you can still lose big. Plus since you’re betting lower, it’ll take you longer to claw it back.

The Martingale System: Not Recommended

The martingale system is a very interesting idea and is certainly one of the most effective gambling strategies out there. Its doubling strategy makes perfect sense, but sadly casinos have caught on and put in limitations to stop it in its tracks.

As we mentioned above, you can make money on it and a good rule of thumb is to bet as low as possible if you want the best chance of making any money whatsoever. But remember, the chances of you hitting the bet limit are high enough to cause concern and the system is set up that you end up risking incredibly large amounts of money, all for silly small wins.

The system has a habit of tricking you into thinking you’re taking less chances and winning more than you really are. That isn’t to say it doesn’t work, but it’s not the millionaire-maker it promises. If you want to give it a try at GoWin Casino, at least now you know how it works. But don’t bet on it making you much money anytime soon. More often than not, you're better off sticking with chance alone.