A Guide to the Different Types of Wilds in Slots 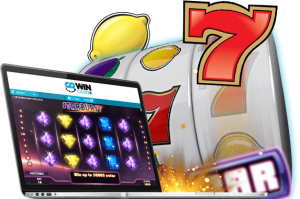 As an online slot fans, you're probably already aware that certain symbols trigger bonus features or perform different actions. Wild symbols are some of the most common symbols found in online slots, and they're definitely fan favourites too. A wild symbol is simply an icon which appears on the reels and can be used in substitution for any other symbol, creating a winning combination.

However, as slot designers are constantly trying to make their slots stand out from the crowd, the wild symbol has evolved into many different variations. We're looking at some of the types of wild you're likely to see whilst playing, and how they impact your game.

Wild symbols add an air of excitement every time they appear. As wild symbols introduce an element of flexibility into the game, they are perhaps one of the most helpful symbols around and therefore highly valued by slot players. Games developers know this too, and that's why over recent years we've been seeing more and more slots incorporate new types of wilds. Wilds loaded with new features are definitely great news to players, although they can appear to be a little confusing the first time you experience them. That's why we've put together this list of the most common wild features you'll encounter whilst playing mobile slots, and we'll be exploring how they impact game-play. 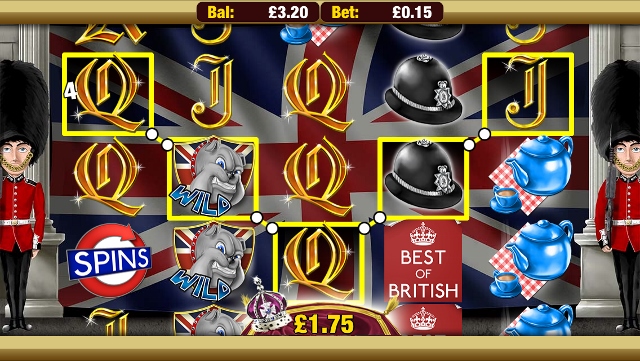 As the name implies, Stacked Wilds are when wild symbols will appear  on top of one another – stacked- to create a section of wilds all in the same reels. This vastly increases a players chance to create a winning combination, as it means that any pay-line that passes through this cluster of wilds is likely to be a winner.

You can see stacked wilds in action in games like Best of British.  In this game the wilds appear stacked, which means its likely that you'll win on multiple paylines, rather than simply one per spin.

Traditionally, stacked wilds appear vertically across a single reel, however in some new games they can also be stacked horizontally. This doesn't really change how useful stacked wilds are, as it still creates more chances of hitting a winning combination across the reels. 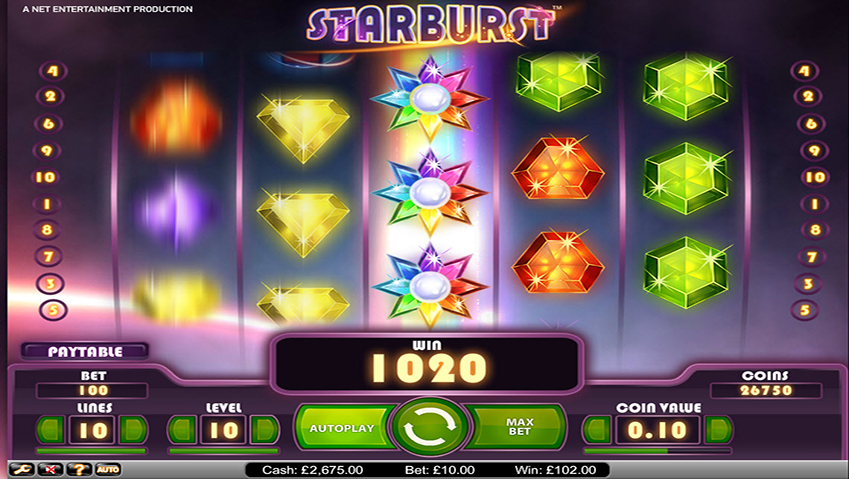 Expanding wilds are definitely one of the most exciting wild features around. Many new slots offer the feature, and they're usually found working in conjunction with stacked wilds. Expanding wilds are a feature that allows a wild to expand – well duh – to the size of a whole reel .The feature is sometimes triggered by meeting specific requirements, for example stacking a certain number of wilds, although in some games it can appear simply every time you land a wild symbol on a reel.

Expanding wilds work in a very similar way to stacked wilds, in that creating a full reel of wilds is sure to help players creating more winning combinations. As every payline must pass through all reels, there's a high chance that this new reel of wilds will prove helpful. 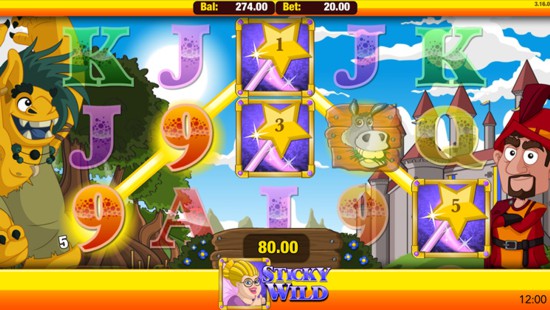 Like the other various types of wilds mentioned, Sticky Wilds are pretty self explanatory. When you play a game with a sticky wild feature, it basically means that somewhere in the game you'll land a wild that may stick around for more than one spin.

Unlike the previous two types of wilds mentioned, sticky wilds don't actually increase your chances of creating a winning payline in a single spin any more than a regular wild. However, they do have the added benefit of staying put for a few more spins, which means players can be certain that at least that one wild will appear on their next turn.

Nektan's Troll's Tale is a brilliant example of Sticky Wilds in action. In this game, you trigger the sticky wilds feature by collecting three or more fairy godmother symbols. These will produce 3 to 5 wilds on the reels, all of which will appear sticky. The wilds come with a number, and will remain sticky for that amount of spins. 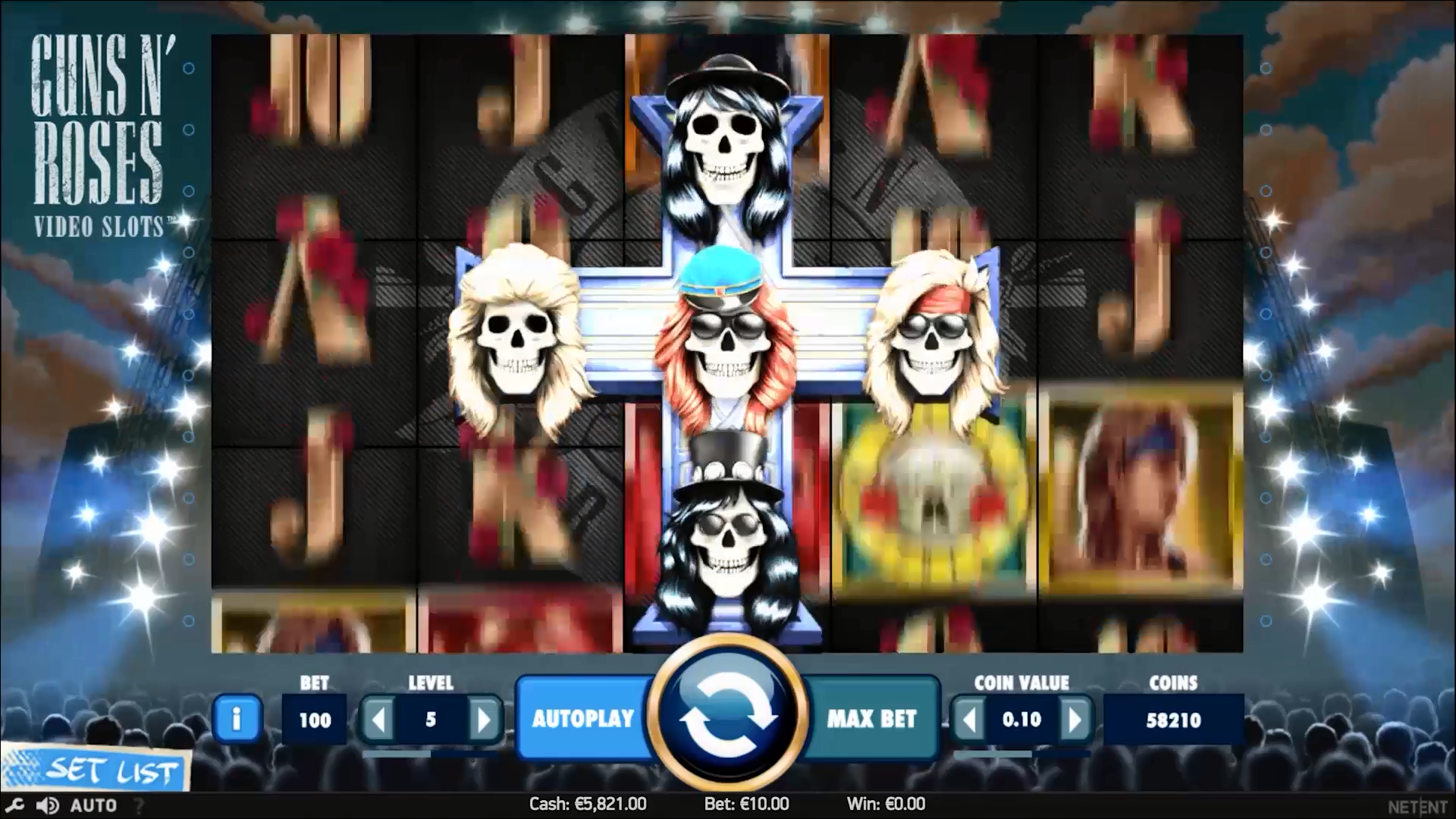 Wild Overlays (or Overlay Wilds) are where a wild will appear stacked in a certain shape and land on the reels to take over a different symbol. Wild Overlays usually appear by chance, after your spin has finished. They cannot be placed on top of a regular wild, however as they can create a shape rather than a line of wilds, they can be extremely useful.

This innovative feature can be found in several of NetEnt's latest releases, most notably the Guns N' Roses slot game. Here the wild overlay is in the shape of a cross, so taking up 5 symbols over reels 2, 3 and 4. The wild overlay can land either fully or partially on screen, so its a bit of a mystery how many of these wild symbols will be usable. However, the intriguing shape of this wild makes is exceptional, as it runs both vertically and horizontally, creating many chances to win.