If you mention the word ‘gambling' to some people you may be shot a disapproving look. However, in the present day, gambling is widespread and extremely common.

As the online casino market continues to boom, our TVs are inundated with bingo adverts, our friends place weekly football accumulators and spinning a slot or two on your way to work is a socially accepted activity.

So what's changed since the times where gambling was frowned upon and how has the mobile casino market influenced this shift in attitudes?

Today we're taking a look at the reasons why gambling is more accessible than ever before, and how this has shaped public opinion towards the activity.

Why is Gambling More Acceptable than Before? 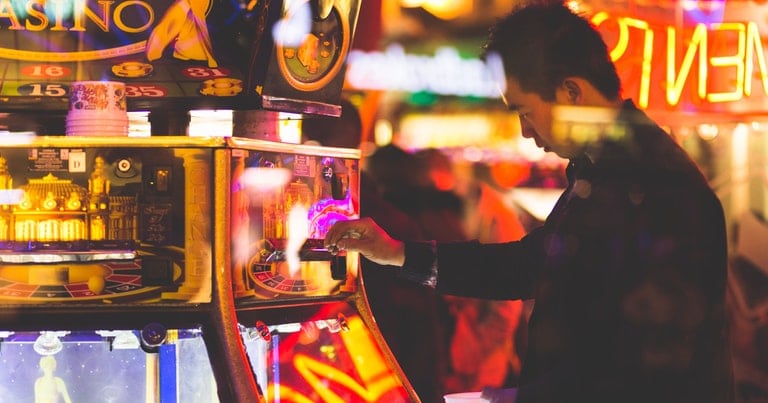 Slot games, lotteries and sports bets don't have the same negative connotations as, say, a shady poker game. What's more, the platforms they are delivered on have changed too. In this article we will look at how the three following factors have contributed to gambling's new image:

One of the biggest generational shifts of the past ten years is, arguably, how dependent we now are on our smartphones.We have an app for everything and if you lose your phone you feel like you've actually lost a little piece of your soul.

Ever since smartphones were released, apps have been developed so that you can do almost anything, straight from your phone.

The Invention of Mobile Gaming

However, one of the first sectors to really utilize the app market was mobile gaming companies. Do you remember the period where everyone and their nan were playing Angry Birds? Or when all your Facebook friends would send you Farmville requests?

Online casinos followed suit and released mobile applications and special mobile games. We also saw the rise of gamification within slots, which made the activity seem more fun and lighthearted.

As social mobile games developed into viral successes, gambling software developers knew that they had to up their game.

These kinds of features continue to expand, with designers always trying to come up with something fresh to excite players.

Plus, the quality of graphics increased tenfold too, with new releases looking more like animated films that betting machines. Narratives were added, cute characters developed, and branded slots became huge: slots were no longer simple click games, they were a whole gaming experience.

How it Became ‘Gaming' Instead of ‘Gambling'

This influenced how socially acceptable it is to gamble massively. Slots became a spectacle and you could show off a cool new title to your mates. The variation in themes made it appealing to all sorts of players and they seemed joyful and amusing.

This also led to gambling being renamed as online gaming. Studies show that the ‘gaming' label creates a more legitimate connotation and that non-players are less likely to judge someone who ‘games' over someone who ‘gambles.'  The name change can even prompt non-players to be more inclined to join in.

In 2007 the UK Gambling Act allowed TV advertising for sports betting, online casinos and poker. Prior to that, the legislation only allowed ads for football pools, the National Lottery and bingo premises. Of course, online operators made the most of this and between 2007 and 2013 gambling adverts increased by 600%.

Whilst the exposure to adverts will have certainly influenced the social attitudes towards gambling, the marketing of casinos made a big impact. If you see an advert for a sports betting site on the TV, chances are it's set in the pub or somewhere sociable. It's usually a group of mates all placing bets together too. In the same vein, bingo adverts started showing women partying. Celebrities would promote casino brands, and no effort was spared to convey how fun and exciting online gaming is.

Why Removing the Stigma Around Gambling Is Important

All of these things have definitely contributed to a shift in how online gambling is viewed in the eyes of the public. It's a welcome change – not just because we love to play! By removing the stigma associated with gaming it creates a more open and inclusive debate. Problem gamblers can find it easier to reach out to friends and the lack of secrecy can actually prevent people from developing an addiction in the first place.