Are you a fan of computer games and casinos? Then the perfect combination for you is a slot machine themed after a computer game. Yes, slots draw inspiration from all kinds of sources and video games are no exception.

There are loads of such games at online casinos all over the place. In fact, it wasn’t easy to narrow the list down to just five slots inspired by PC or console games. But we did it anyway, so here are the best picks in the category.

According to the casino slot game experts and long-time fans, these titles will provide both entertainment and tangible winnings. 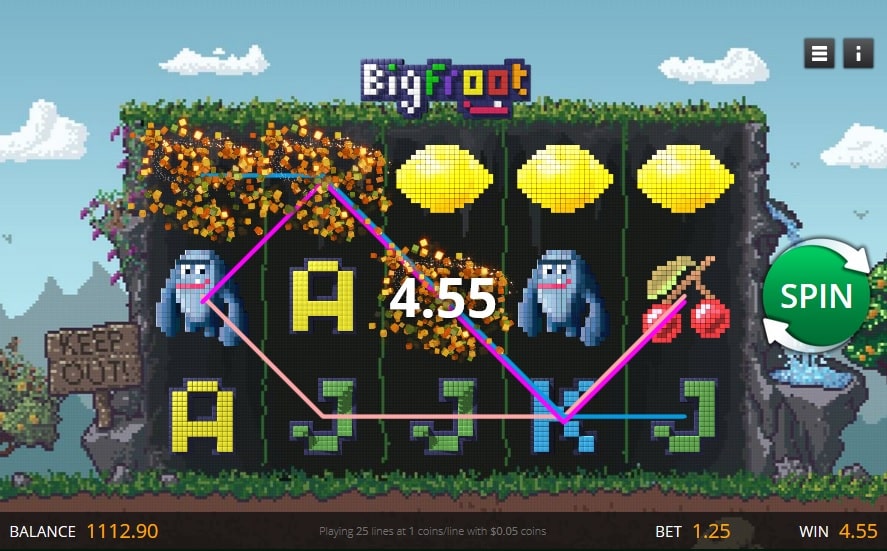 This amazing slot game developed by Saucify is a blast to the past. The 8-bit graphics from the 90s makes you feel all retro again. The punchy music makes you want to spin again and again.

Most importantly, huge jackpots await those who keep hitting the SPIN button long enough. The game has 5 reels, 25 win lines and allows bets from 1p to over £30.

The bonus features are nothing unusual:

Despite a very usual set of special rounds, Big Froot is still a very exciting game thanks to its theme alone. The honking Big Froot will make you jump in joy as it multiplies your line bet by up to 5,000x. 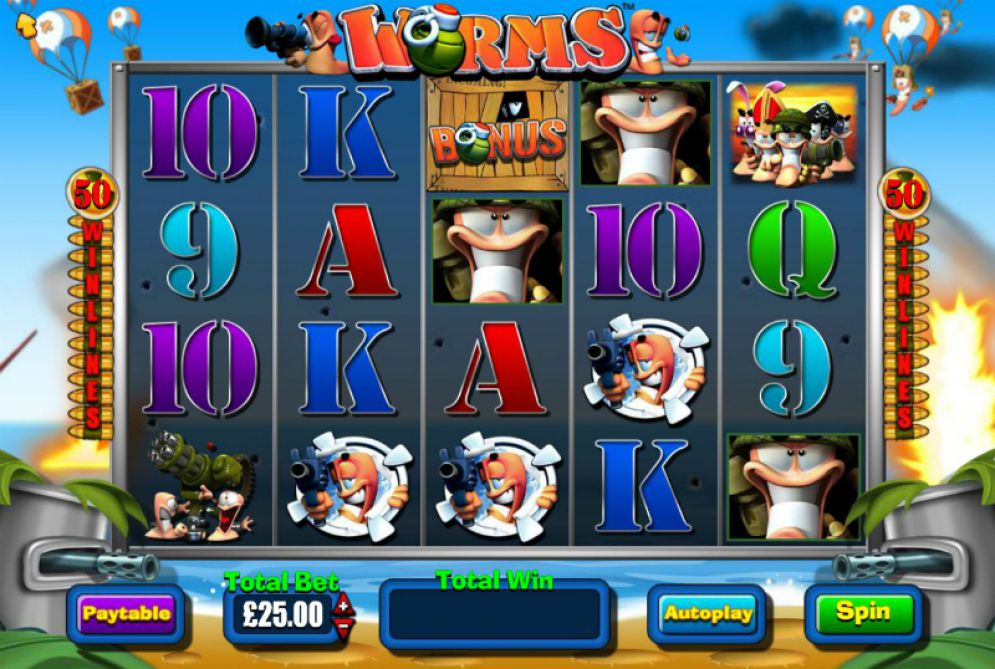 Fans of the Worms franchise will adore this slot game by Blueprint Gaming. Not only does it look like an actual computer game, but it’s also full of themed bonuses.

As you spin the reels, two teams of worms try to obliterate each other in the funniest ways possible. Thus, you’ll discover worms as symbols and rediscover various guns and weapons taken directly from the PC screens.

The game’s features and bonus rounds are:

There are 50 win lines on this game and five reels with four lines each. This means there will be loads of action and many possible outcomes on each spin.

Anything could happen on this slot – which is exactly how it felt like playing the original Worms game.

Shogun Showdown slot is similar to the computer game in many ways. The most important of those is the fight between the shogun warriors. In this 5×4 slot with 50 lines and 96% RTP, two shoguns are involved.

Whenever they meet, the player may benefit from various bonuses they activate. Each of the shoguns is different and triggers individual features.

This is a rather simple game, though it looks spectacular.

It’s a perfect choice for people who enjoy long sessions of gameplay as it has low variance.

? – What is Variance in Online Casino Games? – https://www.bluefoxcasino.com/online-casino-game-variance/

Atari Pong slot was developed by PariPlay and they did an outstanding job. Many of the modern gamers won’t remember it, but the game captures the 8-bit audio and pixel art with precision.

We didn’t include the slot adaptation of one of the first video games out of sentimentality though. We did it, because it’s good production. It offers simple gameplay but manages to fit many bonus features at the same time.

The principal idea here is the Atari wild symbol in the middle of the 5×3 reels. As the reels spin, this wild spins separately and may grant one of the seven special bonuses. They are:

Despite lacking a bonus round, this special symbol makes it a truly unique and exciting game. With 20 paylines, you may win hundreds of pounds on every spin, especially with the multipliers. 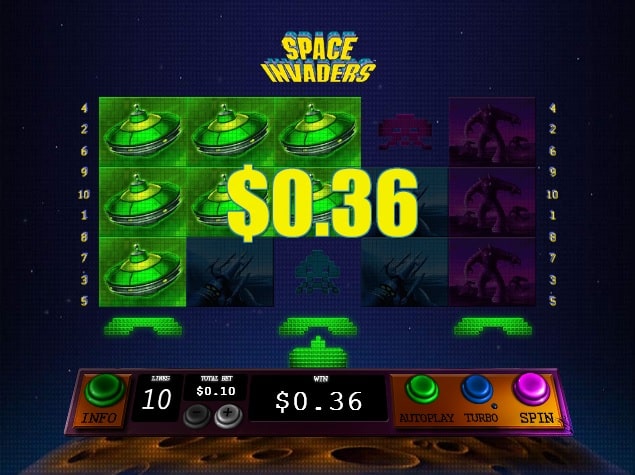 Another classic console game was Space Invaders. Using the popular name, Playtech decided to make a slot game and it turned out really well.

It’s a 5-reeler with pixel graphics and an 8-bit style soundtrack. The symbols include space invaders, UFO and planet landscape pictures.

Most importantly, the space invaders and the defending cannon also make an appearance around the reels. That’s where the bonuses are coming from. The ways to win big on the game include:

Although it only has 10 paylines, lucky players may win huge jackpots on the slot.

Will there be a World of Warcraft themed slot?

Many of our readers are wondering about World of Warcraft casino slot specifically. Such a game would be amazing, especially for the fans of the MMORPG game.

However, no such plans have been revealed by known game studios as of yet. Of course, this doesn’t mean that it isn’t coming along at some point in the future.

With the current standards of slot production, a WoW theme could make an amazing game. Plus, the popularity of the franchise (we're talking the movie, numerous books and game spin-offs) would guarantee the slot's success too.

Until then, though, gamers and casino fans will have to enjoy the current computer game slots out there.

Why You Should Always Use the Max Bet Feature in Slots