Mobile Casino » Blog » Do Casino Apps Really Have a Future? What Mobile Gaming Will Look Like Beyond 2020

Do Casino Apps Really Have a Future? What Mobile Gaming Will Look Like Beyond 2020 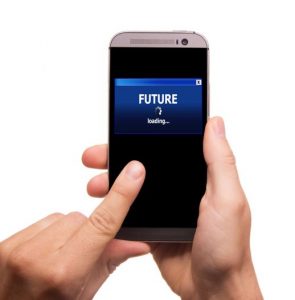 Would you believe it if we told you that by 2020, apps might not exist anymore? Gartner, a big research and advisory company, sure think so.

They've predicted that companies will most likely decide to stop using them for user engagement due to safety issues. More specifically, the main reason that apps aren't safe as they currently stand. That's because the technology is evolving too fast for apps for be able to compete with other popular software.

And this is coming from a company that publishes findings and predictions on business models and modern technology, so we definitely think they're being serious!

For the past few years Gartner have been making predictions about where the app market is going, how we interact with apps and what place apps have in our lives, jobs, and leisure time.

Speaking of leisure: smartphone gamblers can surely appreciate how seamless the casino experience is when playing with an app on the go instead of on desktop.

So what kind of longevity do our beloved casino apps have? Let’s take a closer look at these issues.

Mobile Apps: Not as Secure as you Think 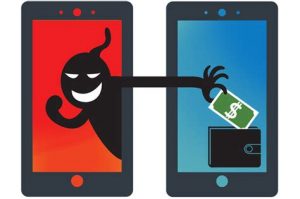 The first most important detail to note is that, according to Gartner, phone apps aren’t really as secure as we may think.

The primary concerns and areas of weakness in mobile apps were discussed in the HPE 2016 Cyber Risk Report. Here are the top five concerns in order of importance:

As more than 70% of apps can access your external storage and require log-in methods, hackers can access a ton of data simply by wriggling their way through security gaps in mobile apps.

This is especially alarming for people who use apps for transferring money, or apps that have direct links to their bank account.

Fear not: there are plenty of talented companies working on JavaScript frameworks that can help to secure your data-leaking apps. But still, the situation is not a durable one.

Future Technologies: How Will the Mobile Casino App Evolve?

Among Gartner’s top predictions for 2020+, there were plenty of interesting concepts which have already been put into practice, though it’s still just the start.

These concepts come with their own sets of security problems, of course. We cite them here because they form an answer to what mobile gaming will look like once today’s app technology has become obsolete.

We’ve applied the predicted concepts to the gambling industry so you can better imagine what awaits you further down the line!

Imagine taking your phone, selecting the Augmented Reality app of your choice, and playing with a roulette table that looks like it’s been propped up right there in your living room!

This technology already exists. Thanks to the huge break-throughs that Pokemon Go and Snapchat made, everyone has had at least a taste of AR. Though it’s still at a rudimentary stage.

Companies have found that AR greatly increases consumer engagement, on a much more durable level than a simple phone app that is a rehashed version of their site or existing product.

People who own in-house bots like Alexa, or who chat with Cortana or Siri on their phones, will recognise this.

The thing about this new tech is that it makes “voice browsing” so accessible that it becomes as easy as breathing. And not to mention, it’s more attractive than typing out long requests on a small screen.

Imagine the ease of being able to ask your smartphone to find and tell you the promotion terms of your chosen online casino.

Imagine playing an online version of craps through your phone where you can hear the other players shouting, and you can tell the dealer where to place your bet without having to touch your phone at all!

This type of tech where screen interaction isn’t needed to give your phone an action prompt is already here. And in the future it will probably be second nature to us to give voice prompts for everything instead of battling against auto-correct.

Get Ready For the Future!

It might not be wise to dedicate yourself to certain phone apps right now or pour a lot of money into app games. Because who knows what will happen to your account in 5 years’ time when the apps are either abandoned or withdrawn from the market?

By 2019, Gartner predicts that 20% of brands will abandon mobile apps in favour of a hybridized mobile web browser that would integrate app features. As well as the aforementioned gimmicks!

It might just be a matter of time before casinos decide to place all their money in mobile-friendly sites rather than their apps. So make your choices carefully.

Go Mobile With GoWin Even Easier With The GoWin Casino App