GoWin Guide: The 5 Best Pay By Mobile Slots For Geeks

If, like us, you're on the hunt for interesting themes for video slots and you're a bit of a geek, then do we have some of the best pay by mobile slots for you! There are many pay by mobile slots out there that are based on licensed properties. Companies, after all, need to make money of those franchises.

For them, it's merely an extension of the merchandise. But for many geeks, online gambling can be a goldmine of superhero, sci-fi and other such genres made into slot form, some based off already existing franchises, and some not. Here are five of the best, which you can find at GoWin. 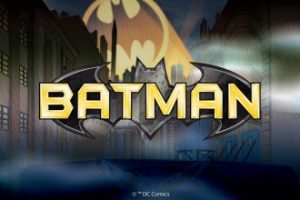 Let's start with the one comic book hero that's recognisable to everyone: Batman! DC have made a lot of slots based on their characters and with a line of their new films (Wonder Woman, Justice League, the Flash, etc.) due to come out, it's only fitting that you should start with this.

As far as pay by mobile slots go, Batman is pretty average (and we don't mean bad, chill!), but it does use all of the classic iconography associated with the Batman franchise to great effect. You've got your wilds, scatters and bonus symbols that help you win, as well as a perfectly recreation of the atmosphere of Gotham City. 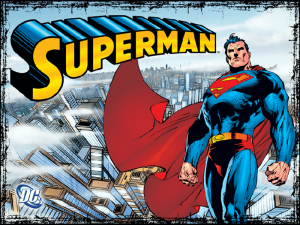 On the flip side of the Dark Knight, you've got the Man of Steel. Superman is another one of the pay by mobile slots made by DC that is here at GoWin. Arguably the first ever superhero, become Superman and fly around Metropolis to help save Lois Lane as you scoop up more wild, scatters and bonus symbols in this tremendous slot built for the Man of Tomorrow.

Because it's a DC title, the gameplay is very similar, but the atmosphere it evokes is (of course) far more optimistic and light-hearted. If you're a pay by mobile slots fan and are a bit iffy when it comes to Batman, why not try this one on for size?

If you were born in the eighties, Ghostbusters was your childhood. It just was. Even if you never saw the first film, it became a worldwide phenomenon that has since become a cultural touchstone in American cinema. And it's only a silly little film about catching ghosts! Either way, it was inevitable that a slot will be made out of it.

And as far as pay by mobile slots go, this one is pretty fun. It's got that catchy Ghostbusters theme and gets the feeling of the movie perfectly. It's made by IGT, meaning that you get six hours of bonus features that means gameplay is never boring. Ever. And with 30 paylines, where can you go wrong with this? The answer: nowhere. 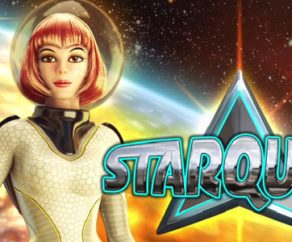 For those Star Wars/Star Trek lovers dismayed by the lack of any slots based around either franchise, there's Starquest, this one of those pay by mobile slots that you don't want to miss. With six reels and over 100,000 ways to win, this slot is out of this world good and perfectly fulfills that secret fantasy of flying into outer space.

Modern, sleek and packed full of features, Starquest also has a few tricks up its sleeve when it comes to gameplay. For instance, the red-haired girl you see as their primary mascot, can become a stacked wild and help you on your way to a big win. It's a great slot and if you're into the whole space opera thing, you're definitely going to love this one.

Arguably one of the lesser known heroes from DC, The Flash has seen a huge revival in popularity thanks to its CBS TV show that airs on Sky. However, this slot is purely the comic book version and it's a break-neck experience from the moment it loads on your screen.

With striking red colours and a 5×3 reel, The Flash has wilds, scatters and bonus symbols that allow you to bolster your speedster status and get even more wilds. And with 50 paylines, this is probably one of the more profitable pay by mobile slots on this list. It's also one of the geekiest!