In some ways, footballers are the latest celebrities. They drive the flashiest cars, date the prettiest girls and wear the fanciest clothing. In fact, some would even claim that there are many footballers who actually look like celebrities. We take a look at some of the biggest look-a-likes in the world of football, from Brad Friedel looking like Bruce Willis to Luka Modric being the spitting image of DJ David Guetta. Here are our ten picks for players who look like celebrities.

Former Manchester United winger Nani looks very similar to a young Michael Jackson. During his time in England, opposing supporters teased Nani for his similarity to the world's greatest pop star and even invented a song or two about the Portuguese winger.

However, Nani – now playing his club football in Turkey – may not receive the same level of abuse and comparison over in Eastern Europe. 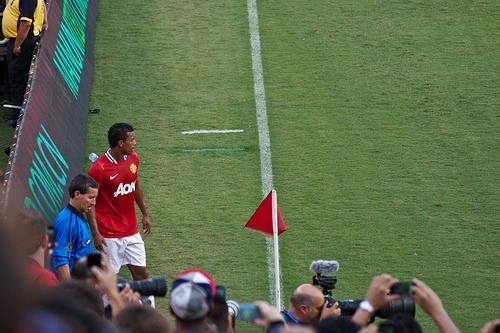 The bald head is the key here. In all honesty, these two guys actually look very alike although it's difficult to see Brad Friedel taking on the world in the Die Hard series.

Likewise, it's hard to picture Bruce Willis in goal for the likes of Blackburn Rovers, Tottenham Hotspur and Aston Villa. Although both lead completely different lives, they are arguably the most similar looking footballer-celebrity duo on the planet. 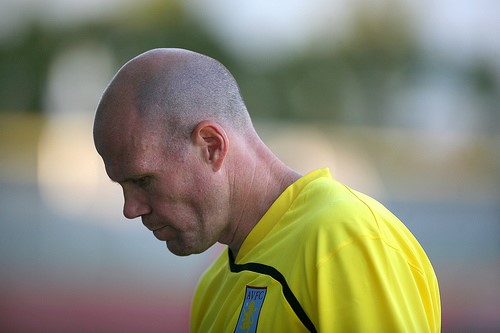 The Real Madrid striker and the American actor both sport a tremendous looking beard and, at one point at least, a shaved head: that's good enough to rank amongst our top ten.

Karim Benzema is one of the best frontmen in world football and although he couldn't pull off playing Louis Stevens in the Disney Channel's series Even Stevens, he could certainly pass as LeBeouf's stunt double.

David Luiz and Sideshow Bob (from The Simpsons)

Everybody's favourite comparison. David Luiz, former Chelsea defender, and Sideshow Bob are almost identical, apart from the fact that the latter is a cartoon man of course. The Brazilian and Sideshow Bob both have an incredible afro and attract attention wherever they go.

Some have claimed that Sideshow Bob took the place of David Luiz during Brazil's 7-1 defeat to Germany at the World Cup last summer and, after his dreadful performance, it wouldn't be a surprise if that. 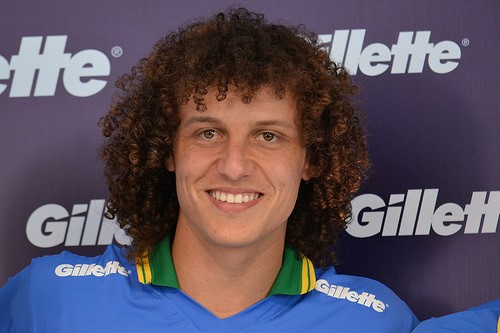 The Real Madrid midfielder looks very similar to French disc-jockey David Guetta. They have similar styles of hair and an identical complexion.

However, it is difficult to imagine Modric spinning the decks at Tomorrowland while it's also near-on impossible to envision Guetta playing against the likes of Andres Iniesta and Lionel Messi in El Clasico.

A funny one. Shelvey, now playing for Swansea City, has received stick ever since he signed for Liverpool. His pale complexity and bald head do mean that he shares a few of the same traits as Lord Voldemort.

While Shelvey can be a menace on the field, it is unlikely that he has the capability to cast terrifying spells on his opponents. Meanwhile, Voldemort shows no interest in playing football and baldness is their only real connection. 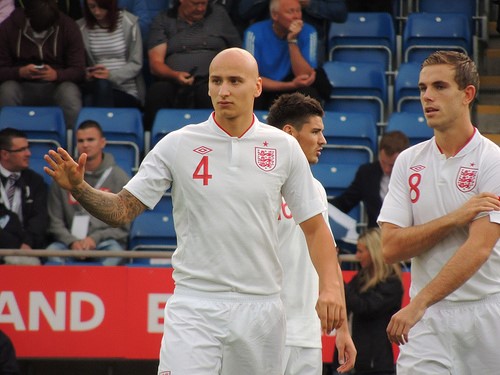 The West Ham United striker has the same aggressive streak as WWE legend Edge, while they both also have an incredible lock of hair. The wrestling star is famous for his fighting style and Carroll has been involved in plenty of scuffles too.

One clear difference between the two is their accent but in terms of looks, they're right up there with the best football-celebrity look-a-likes.

One difference that really stands out though is their attire. Hargreaves can be seen wearing suits on television while Stark is a warrior.

The Polish goalkeeper looks like everybody's favourite Friends character Joey. Fabianski now plays his football for Swansea but is known to spend time with his friends Ross, Rachel, Phoebe, Monica and Chandler in Central Perk cafe from time-to-time.

Both have very similar traits and also possess a similar physique although Matt LeBlanc has eighteen years on Fabianski. 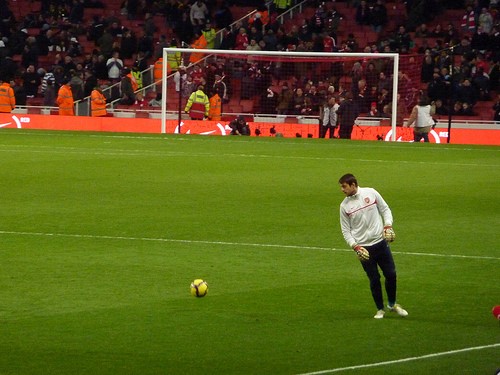 Another funny one. Rooney has often been compared to Shrek throughout his career and although this may be deemed a little harsh, the Manchester United striker does have a number of very similar traits.

For example, Rooney isn't one to shy away from a battle and has shown off his fighting qualities both on and off the field on multiple occasions throughout his career.